"Leap Year," now ten years old, was slammed as the worst movies of the year, but is still queued up around February 29. 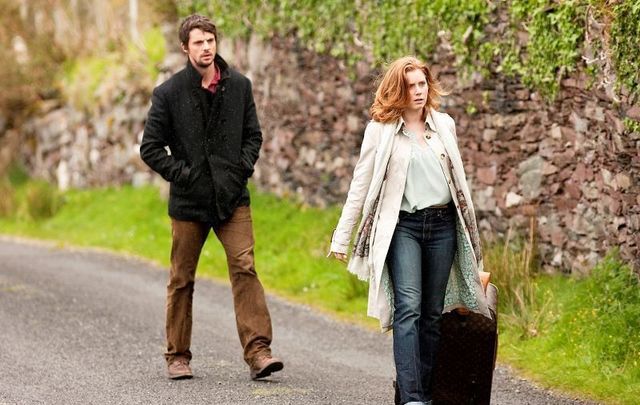 "Leap Year" was slammed by critics during its 2010 release, but the rom-com still gets queued up ahead of February 29

"Leap Year," with its horrible Irish accents and play on stereotypes, has to be one of the most cringe-inducing movies about Ireland ever made.

Seeing as 2020 is a leap year, the film is popping up again all over the place ten years after it was first released. Despite getting pretty tanked across the board by film critics, the film has achieved a sort of cult status amongst its fans.

Read More: Ladies! 2020 is a Leap Year, do you know the Irish proposal tradition?

As the title suggests the movie tells the story of Anna Brady (McAdams) who travels to Dublin to propose marriage to her boyfriend (Adam Scott) on Leap Day in accordance with an old Irish tradition. However, charming Irishman Declan (Matthew Goode, ahem, an Englishman) throws a wrench in her plans.

According to IMBD, the 2010 movie has a rating of 6.4 out of ten but on RottenTomatoes (critic’s opinions are collated) it achieved a desperate 23 percent from critics and 47 percent from audiences.

The review from Hot Press, a Dublin-based music magazine, says it all: “As if economic downturn and the confederacy of dunces at the top weren’t bad enough, Leap Year revives some horrors of old. Remember the crap Ireland from movies of yesteryear? Well, crap Ireland is back on screen and crapper than ever. Anand (Hilary & Jackie, When Did You Last See Your Father?) Tucker’s risible film offers the self-loathing Irish consumer a unique opportunity to experience a backward nation of drunken, superstitious morons, no infrastructure and cutesy-pie John Hinde landscapes. The plot is standard rom-com issue. Amy Adams travels to Ireland to propose to her fiancé but gets sidetracked by a rugged Irish barman (Englishman Matthew Goode) and subnormal natives who actually use the phrase ‘Top of the morning’. According to the film’s geography, we now think Dingle is located near Swansea.”

Among the most problematic pieces of "Leap Year" are that most of the roads in Ireland are depicted as dirt tracks, the attempts at Irish accents are less than stellar, and the Irish barman's obsession with his mother's Claddagh ring will leave you rolling your eyes.

Further, it appears no one considered consulting a map of Ireland while making the film. At one stage, the characters walk from Dingle to Tipperary in about an hour ... but it takes three days to get from Dingle to Dublin?! Nevermind when Amy's character leaves a pub in Dingle and is magically transported to the Aran Islands.

Read More:  Confirmed: Hilary Swank will star in “PS I Love You” sequel

It's not just the Irish, however, who weren't fans of "Leap Year." Time Magazine slammed it as the worst film of 2010.

US Magazine said: "Despite some nice turns at the end, the flick suffers from too many cheap laughs and zero spark between the stars."

Huffington Post wrote: "Leap Year is the kind of movie that shows up weekly, if not daily, on the Lifetime, WE, and Hallmark channels." They added: "Apparently, the public has an insatiable appetite for unfunny romantic comedies about opposites, who attract after first repelling each other."

OK Magazine wrote: "There is one moment of hope in "Leap Year," and it comes near the end of the movie, after the idiot lead character, Anna (Amy Adams) faces a severe disappointment in a small Irish town, then high-tails it to a jagged cliff. It’s here that hope finally arises that Anna will come to her senses and live up to the title by taking a header off the cliff in an effort to atone for her sins of being the stupidest idiot alive and leading the audience through 90 minutes of her drudgery-inducing hunt for someone, anyone — maybe even any thing — to marry her."

Hollywood.com said: "While watching "Leap Year," I swear I could hear the Irish countryside quietly weeping as it witnessed Goode and Adams slog through the film's succession of trite misadventures, the talented actors straining in vain to manufacture some semblance of romantic chemistry as an assortment of jolly "Waking Ned Devine" types futilely spurred them on ... It's the worst thing to come out of Ireland since The Cranberries."

Despite the bad reviews, people can seem to stop queueing the movie up ahead of February 29, 2020.

Read More: Craic Fest, for the best of Irish film and music in New York City

How do you feel about "Leap Year"? Let us know in the comments!