An animated film inspired by Riverdance is in the works and is expected to hit theaters this year. 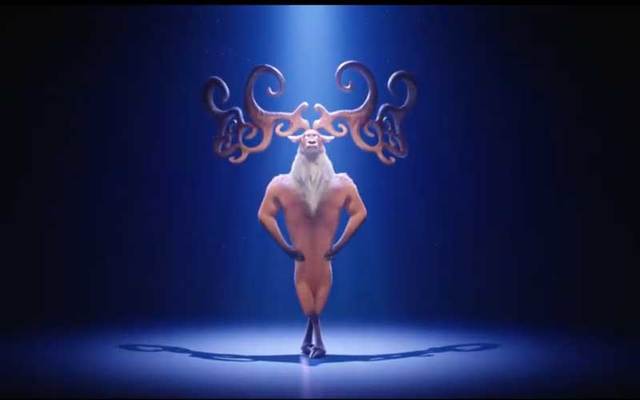 A teaser trailer was released for Riverdance, the Animated Adventure, which is in the works. Riverdance Movie/YouTube

An animated film inspired by Riverdance is in the works and is expected to hit theaters this year.

Riverdance, the Animated Adventure, is inspired by the multi-platinum Grammy Award-winning Irish dance phenomenon, which is celebrating its 25th anniversary this year.

The animated musical comedy aims to introduce the legendary stage show to a new generation.

The plot follows a young Irish boy, Keegan, and his Spanish friend named Moya journey into a magical world of the Megaloceros Giganteus (Irish elk), who teach the friends to appreciate Riverdance as a celebration of life.

A teaser trailer of the movie has been released showing Patrick, the Megaloceros Giganteus, giving us his best Michael Flatley impression.

The film is being produced by Aniventure, alongside Cinesite and River Productions.

Dave Rosenbaum, along with Eamonn Butler, are directing; Tyler Werrin is writing the script, reports Evoke.

Read More: Riverdance is coming to the big screen!

Co-creator and producer of the stage show, Moya Doherty said: “To see an animated feature film, inspired by Riverdance, will be an innovative and exhilarating milestone in a show which has had many great moments in the last twenty years.

We look forward enormously to see it take shape and fly!”

A release date for the film has not been announced, but you can keep up to date on the film via the website here.