Craic Fest, for the best of Irish film and music in New York City

Craic Fest 2020 features headliners by up-and-comers Kneecap from Belfast and a new documentary film starring Irish boxing champ Spike O'Sullivan (who will be in attendance). 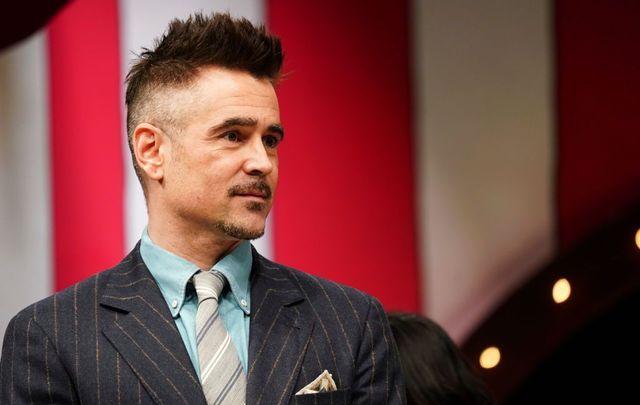 Craic Fest, now in its 22nd year, is the cutting-edge celebration of the very best of new Irish film and music in New York City

This year will Craic Fest features headliners by up-and-comers Kneecap from Belfast and a new documentary film starring Irish boxing champ Spike O'Sullivan (who will be in attendance).

But let's start with the music. The annual Craic Fest has always been known as a springboard for big new Irish music discoveries that are about to take off (hello Rubber Bandits) so will you be surprised to hear this year's headliner are the up and comers Kneecap?

Who? They're the Irish hip hop act who refer to themselves playfully (and seriously) as “low life scum from Belfast” who incorporate the Irish language into their sick beats.

You have to admit that's a unique approach and currently, they're making a big noise all over Ireland and the UK where they perform to sold-out venues.

“What I like about them is that they represent the modern Ireland. Their lyrics are contemporary and I think a lot of Irish and Irish Americans in New York will rally around them, you know?”

The west Belfast band began when performer Moglai Bap and a pal got rumbled by the PSNI (Police Service of Northern Ireland) after spray-painting a bus stop the night before an Irish Language Act march in the city.

Moglai Bap escaped the cops but the experience later inspired him and the rest of Kneecap to write the song C.E.A.R.T.A. which is how they got their start in music and soon they were making waves.

“They were just on a cover of Hot Press magazine and they're being touted as one of the hottest acts coming out Ireland. Now they're playing all the major festivals and as you know the Craic Fest has always been about exposing acts that are on the way up to New York audiences."

As usual, the Craic Fest Music night will have some seriously special guests, this time it will be award-winning Irish actor John Connors who will be returning with an encore performance of his acclaimed one-man show Irelands Call.

A riveting look at the lives of three young men as they grow up in Coolock on Dublin’s north-side, Connors talks about the forces that shape them and entice them toward a life of crime (Kneecap will do likewise).

Meanwhile, the opening act on the night (March 7 at the Mercury Lounge) is Rebel Phoenix, a new hip hop artist from Dublin who first made a name for himself with his debut project R.E.B.E.L, which was followed by an array of critically acclaimed albums, EPs and singles.

Mulligan adds: “We’re excited to host the U.S. debut of Kneecap. If you loved Rubber Bandits then you will love these guys, because they have very similar energy on stage. And due to demand, we are also bringing back Irelands Call, which will include a talkback after the show with John Connors. The Craic should be deadly on March 7.”

Presented by the Fitzpatrick Hotel and Tourism Ireland, the Craic Fest has debuted numerous award-winning films over the past 20 and you never know which Irish celebrities will show up on the night.

This year the Craic Fest film screenings will occur a few days later from March 12 through the 14 at Cinepolis on 23 Street in Chelsea, where the opening night film on March 12 will be the U.S. premiere of The Prizefighter starring debonair Irish boxing champion Spike O’Sullivan.

Directed by Terry McMahon this award-winning story follows O'Sullivan's quest to become World Champion. In another coup for the Craic Fest, Spike and his boxing trainer will attend the talkback with director McMahon on the night.

“It's a heartwarming story,” says Mulligan. “People may think oh it's just a boxing story, but the cool thing about it is that it shows his relationship with his family, becoming a dad by day and training for world championship at night. It's just this interesting  dichotomy of him in his close relationship with his kids and him on the way up to become a world champion.”

Mulligan is clearly impressed by O'Sullivan in and out of the ring. “In the ring, he takes care of business but outside he's an absolute gentlemen,” he explains. “His message to Craic Fest-goers is to come along, nobody's going to get punched!”

On Friday the gala screening will be the U.S. premiere of Cumar: A Galway Rhapsody, directed by Hugh O’Cullen and featuring comedian Tommy Tiernan, it's a love poem to the city of the Tribes that celebrates the vibrant cultural fabric that makes this city so unique.

On Saturday afternoon two films will screen that deal with current homeless crisis. First up is the U.S. premiere of Eden directed by Robbie Walsh. The film, the most praised new Irish feature of 2019, follows Adam, a young man left homeless in the wake of the Irish financial crisis through one day of his life living on the streets of Dublin.

The people he meets offer a snapshot of contemporary attitudes to the crisis, some are kind and some are repulsively sanctimonious and unhelpful.

Later on Saturday, the Craic Fest will present a special screening of Irish Street League featuring Colin Farrell and directed by Daniel Holmes. Following Farrell as he steps in unannounced to support the Irish Homeless World Cup players at their big event in Amsterdam.

Farrell is a long-time supporter of the tournament and after he was announced as a Homeless World Cup Ambassador he has publicly highlighted the power of football and this tournament to change lives.

“ I have my finger on the pulse of what's going on in Ireland because I have a connection with many people there, but this year there's more social relevance into it than ever I think,” Mulligan adds.

The closing night film is the U.S. premiere of HeyDay: The Mic Christopher Story which tells the story of the gone too soon Irish star with help from an all-star lineup of Irish musicians such as Glen Hansard, Lisa Hannigan, Paddy Casey and Sharon Horgan. Director Niall Carver will attend the screening and participate in the talkback after.

For more information on screenings and times visit thecraicfest.com and for tickets call  917-373-6735. There will be after-parties each night of the Craic Fest film series at Bar 13.