The Irish history and traditions behind Leap Day

February 29, 2020 is Leap Day! According to Irish traditions, women are allowed to propose to their suitors on this day that only comes once every four years. 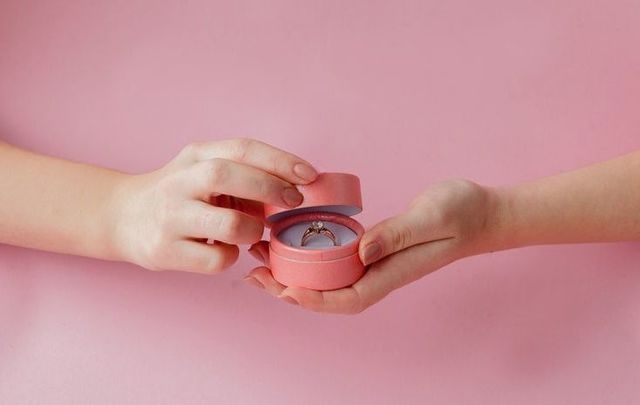 Traditionally, February 29 was the day on which a woman could ask a man to marry her. Getty

February 29 only comes around every four years - do you know the Irish history and traditions of Leap Day?

Ireland's folklore is full of wonderful, funny, strange, but sometimes outdated traditions and during a Leap Year, a year of 366 days, we are greeted with one of the most well-known.

Read More: Most romantic places in Dublin to propose to your partner

Although you may have thought it was a myth, according to the old Irish tradition, the Leap Year is the perfect chance for a woman to take matters into her own hands and get down on one knee.

This year, 2020, is a Leap Year, meaning February has 29 days rather than 28. While women are definitely capable of asking a man for his hand in marriage on any day of the year that she so wishes, traditionally in Ireland, this right was reserved specifically for the Leap Year.

In 2010, we saw the Amy Adams movie "Leap Year" – a movie Irish people love to hate – based on this premise that a young woman travels to Ireland, and then after she lands she has to continue, apparently the whole way across the island, in order to get to her fiancee in time to propose on this one special day. (Although, she takes a very strange route around the country while she's at it.)

Read More: How the Irish (and Welsh) invented romantic love

Looking back through ancient Irish history, it is said that the tradition began in 5th century Ireland when St. Brigid of Kildare bitterly complained to St. Patrick that women had to wait far too long for men to propose.

The legend says that St. Patrick decreed the women could propose on this one day in February during the leap year. I'm sure the women were thrilled.

The tradition was then taken to Scotland by Irish monks.

Back in 1288, the Scots passed a law that allowed a woman to propose marriage to the man of their dreams in a leap year, with the law also stating that any man who declined the proposal on this day would have to pay a fine.

The law was allegedly passed by an unmarried Queen Margaret (although records show she may only have been five years old at the time) and she put in place a rule that all those women proposing must wear a red petticoat while doing so.

The fine to be paid if a man declined could range from a kiss to payment for a silk dress or a pair of gloves.

This tradition comes from another tale about St. Patrick and St. Brigid in which she drops straight to her knee at Patrick's decree, instantly proposing to him. Patrick declined her offer – he was probably too busy saving Ireland from snakes – but he gave her a kiss on the cheek and a silk gown to soften the blow.

This, too, is dubious. Although many people believe that St. Patrick and St. Brigid met and that she offered her vows to him, Brigid would historically have been only nine or ten years old when Patrick died in 461 AD. If you believe he died later, however, in 493 AD, it may have been possible, although it's still not altogether likely.

In some upper-class European societies, the custom of denial involved buying 12 pairs of gloves for the woman you were rejecting. To hide her shame at not having a ring to wear, of course!

In some places, February 29 has been renamed Bachelors' Day because of the tradition.

There is also precedent for the tradition in English law. February 29 was ignored and had no legal status. People believed that traditions would also have no status on that day as it was not a legal day and so it was possible to have women propose, altering an unfair custom that allowed only men to propose marriage.

Here in the United States, the tradition was also celebrated with some people referring to February 29 as Sadie Hawkins' Day. On this allotted day of the four-year cycle, women, allegedly, have the right to run after unmarried men to propose.

Sadie Hawkins was a female character in the Al Capp comic strip "Li'l Abner" who inspired Sadie Hawkins Dances where girls would ask boys to attend.

Be warned, if you're going to give this old tradition a go, it can go just as wrong for women as it can for men. All in the name of equality!

What do you think of the Irish tradition of women proposing on Leap Day? Are you a woman who waited to propose until a Leap Day? Let us know in the comments!