St. Brigid is the female equivalent of St. Patrick in Ireland, but her name is hardly known. 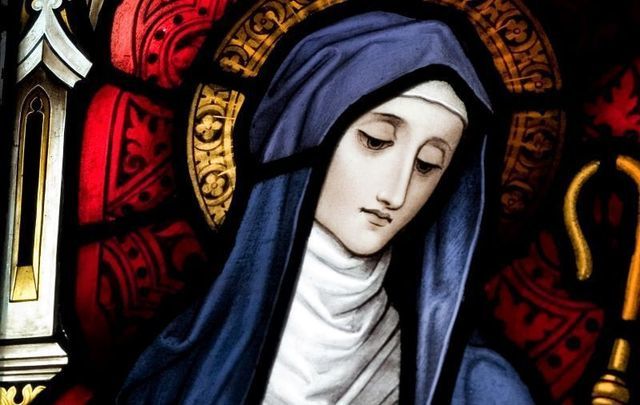 St. Brigid is the female equivalent of St. Patrick in Ireland, but there are no parades in her honor, and, apart from the St. Brigid's Cross, her name is hardly known.

St. Brigid is an Irish woman who followed her heart and took on the powers-that-be in a male-dominated world, but very few people even know her name.

That really should change.

Daughter of a slave and a chieftain

St. Brigid was a woman who was well ahead of her time. Born around 453 AD, she was the daughter of a slave and a chieftain, a story in itself.

Her feast day is celebrated on February 1, six weeks before St. Patrick's. In the ancient Celtic tradition, the goddess Brigid is honored on the same day as part of a holiday known as Imbolc.

Growing up in Ireland, we were all told about St. Brigid's cross made of rushes which, in many ways, became a national symbol, even being used as the symbol for the national television broadcaster RTE.

But, we learned little about Brigid herself. Her day was marked as the first day of spring in the Celtic calendar but little else.

The tiny village of Faughart in Co Louth was known as her birthplace, but it never became a place of pilgrimage or a shrine.

Catholic Ireland back then paid little heed to female saints.

But Brigid was worth getting to know.

Power in education and a voice in the Church

Brigid became one of the most powerful women in Ireland. After refusing an arranged marriage, she went on to found many convents whose schools provided education for thousands of young women who otherwise would have had none.

She was the lone female figure whose voice was heard in a male-dominated Church, but the stories of her good deeds and extraordinary acts ensured she was canonized well before most of her contemporaries.

She stands today as an example of an Irish woman who followed her heart and took on the powers-that-be in a male-dominated world. She was certainly a figure as extraordinary as Patrick himself.