Confirmed: Hilary Swank will star in “PS I Love You” sequel

We've been waiting years for a “PS I Love You” sequel, and so has Hilary Swank, it appears. 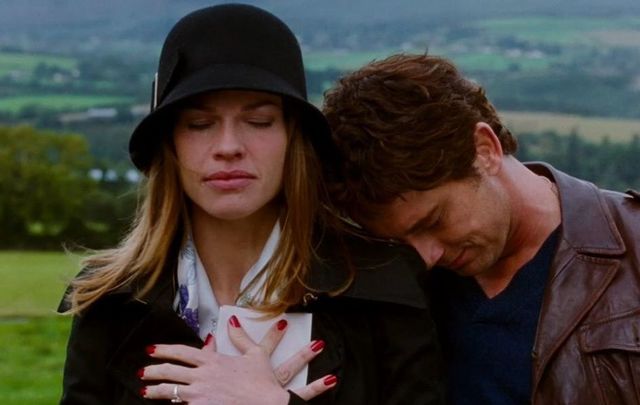 Hilary Swank and Gerard Butler in "P.S. I Love You."

“PS I Love You” sequel movie: Hilary Swank is on board to return for the “Postscript” movie.

The Oscar-winning actress took on the role of the grieving widow for the 2007 movie adaption of the highly-popular book and it appears, just like us, she couldn’t wait to read more about Holly and her late husband Gerry’s love story.

"There will be a ‘Postscript movie,’" Ahern told RTÉ. "One of the first people to email me when she heard the news was Hilary Swank.

"It felt like a lovely reunion everyone back together again, now we don't have a director or a screenwriter or any of that, nothing's been announced yet, but the movie's happening! I'm delighted."

The release date for the “Postscript” novel was only revealed last April to much delight from fans, although those in the US are forced to wait until April 2020.

First published in 2004 when Ahern, the daughter of former Irish Taoiseach Bertie Ahern, was just 21, "P.S. I Love You" rocketed the young writer to stardom as romance fans fell in love with the story of Gerry and Holly, a married couple hit by tragedy.

Ahern has since penned 15 other books and sold 25 million copies worldwide in some 30 languages.

On RTÉ Ahearn also spoke about her reluctance to create the “PS I Love You” sequel despite many requests from lovers of the first book.

"I said I'd never do it from the beginning, from the moment I wrote ‘PS I Love You’ people were asking if I'd write a sequel and there were so many reasons why I wouldn't", she explained.

"I had brought the character to exactly where I wanted to bring her, I couldn't see what the story would be. Also just because something's a success doesn't mean you should necessarily write a sequel. And I didn't want the thing that made my career to be the thing that breaks my career!

"'PS I Love You’ was from the perspective of the person who was grieving, the people who are left behind, and I wanted to tell the story from a new perspective, from the people who've been told they're terminally ill or they have life-altering conditions.

"'Postscript’ is about a group of people who've been inspired by Holly's experience and they ask her to help them write their letters for their loved ones."

Are you excited for the sequel? Let us know in the comments section, below.