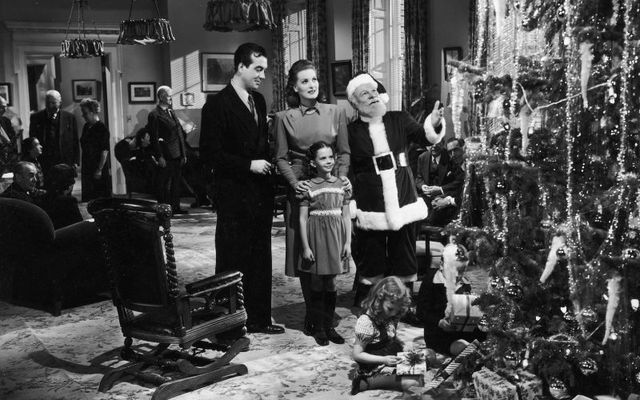 A still from Christmas classic "Miracle on 34th Street". Getty

Choosing a favorite Christmas movie can be a controversial subject as highlighted by these hugely contrasting online polls.

A recent online study, for example, has found that "Elf" is the most-searched-for Christmas movie in Ireland.

The study, carried out by broadband experts at money.co.uk, analyzed the number of web searches for more than 30 popular Christmas classics to discover that the 2003 comedy Elf was googled more than any other movie.

The endearing Will Ferrell movie was searched for 68,100 times between October and December last year, more than any other Christmas movie.

However, other studies have returned dramatically different results.

A 2018 survey by iReach, for instance, found that the 1990s Christmas Classic "Home Alone" was Ireland's favorite Christmas movie, with "Elf" only finishing in joint-third place.

The research, which surveyed 1,000 Irish people over the age of 18, found that 42% of people picked Home Alone as their festive favorite, with 25% choosing the seasonal staple "Miracle on 34th Street".

The poll, conducted through Twitter, bizarrely found that "Home Alone 2: Lost in New York" was Ireland's second-favorite holiday movie, with "Die Hard" and "The Santa Clause" finishing in third place.

With "Home Alone" topping the charts in three separate polls, it appears as though the Irish public has overwhelmingly endorsed the season classic as their favorite Christmas movie.