Despite being only the second Catholic to be elected as President of the United States, Joe Biden is not exactly being embraced by the Catholic Church. 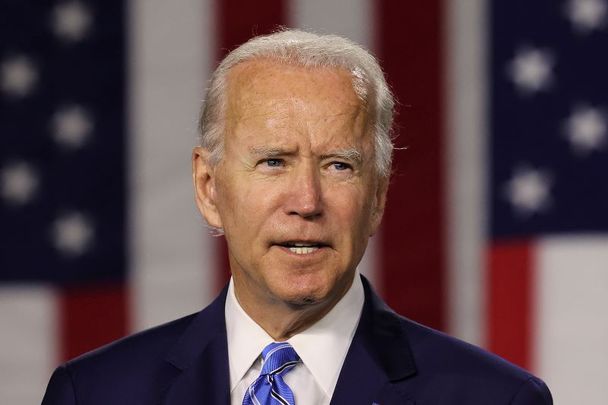 It is telling that Pope Francis was among the first world leaders to call offering congratulations to President-elect Joe Biden even as the current White House occupant continued to deny he had heavily lost the Electoral College.

The Francis statement also signified the approval of a pontiff known as a pastoral pope, much happier among the poor and the striving than the golden circles.

A statement from Biden's transition team after the call said, "The President-elect thanked His Holiness for extending blessings and congratulations and noted his appreciation for His Holiness’ leadership in promoting peace, reconciliation, and the common bonds of humanity around the world.

"The president-elect expressed his desire to work together on the basis of a shared belief in the dignity and equality of all humankind on issues such as caring for the marginalized and the poor, addressing the crisis of climate change, and welcoming and integrating immigrants and refugees into our communities."

The words can easily be read as a direct slap at Trump, who called Mexican immigrants rapists and stirred up hatred among many of his followers. The pope’s directly opposite line on global warming was also a bold statement.

But the words of Pope Francis may not necessarily reflect much of the negative opinion of the American church on only its second Catholic leader.

A conservative rump clearly disliked what Biden represented in his views on abortion. Indeed, in a glaring example of this, Biden was refused Communion in South Carolina while campaigning.

The U.S. Council of Catholic Bishops has formed a working group of bishops to assess the Biden stance on abortion. Many of the more conservative types will seek to ban the new president from receiving Communion.

That would be a deep personal blow for Biden, who once considered the priesthood and who considers himself a deeply committed Catholic.

There is no doubt Biden is closer to Francis than the conservative rearguard that is preeminent in the Catholic Church in America. One has only to think back to  Cardinal Timothy Dolan giving the opening prayer at the GOP convention to know which side the church is on.

There is little doubt that Biden sees Francis as an ally. Biden in his own way is a pastoral president, more interested in ordinary people and their issues than the high flyers on Wall Street. Bishops and archbishops and cardinals do not awe him. 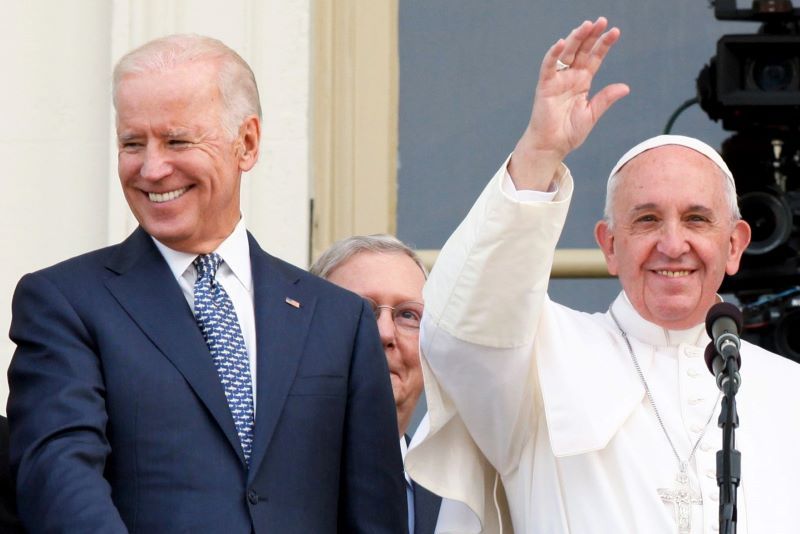 As Jazmine Ulloa noted in a recent Boston Globe article on Biden’s faith, “Like many Irish Catholics, Biden’s faith is more grounded in family and local parishes than in strict adherence to the hierarchies of the Roman Catholic Church.

"He attended Catholic schools in his hometown of Scranton, Pa., and in Wilmington, Del., where his family moved when he was 10. Nuns and priests were a constant presence in Scranton, where he would roam the streets with friends while on weekend visits with his grandparents."

"Church always felt like an extension of home," Biden wrote in his 2007 memoir, Promises to Keep.

Late-night host Stephen Colbert interviewed Biden in 2015 on his faith, and Biden said he regarded a church as “a place you can go” and that brings “just an enormous sense of solace.”

It seems clear that Biden had two options after his family tragedies -- shake a fist at heaven or make his faith deeper, and he did the latter.

Of course, it may all come back to the issue of abortion. Polls show over 50 percent of Catholics believe abortion should be legal, but there is a very vocal minority that will seek to highlight Biden’s stance on abortion and indeed on same-sex marriage, which he approved of when vice president.

As only the second Catholic president, it might have been expected that Biden would be greeted with open arms by the church. Alas, that is not the case.