Austin Currie, the man who started The Troubles, passes away

Niall O'Dowd: The man whose brave action began the era known as The Troubles in Northern Ireland after he organized a now-famous housing protest, has passed away. 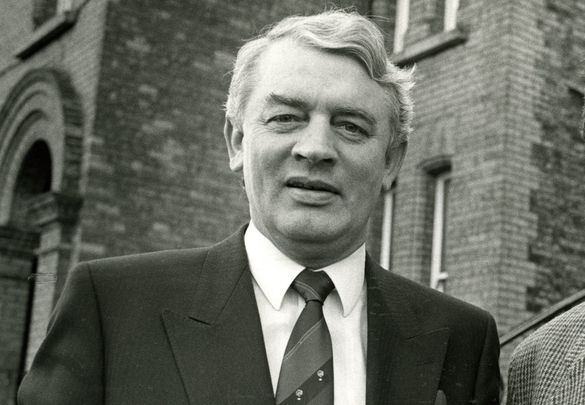 Austin Currie, who was aged 83, died peacefully in Dublin yesterday. Normally, such a title as the man who started The Troubles (1968 to 1998) would be considered damaging, but in this case, it is an honorific.

Austin Currie kickstarted Northern Ireland’s journey into the 20th century and created the modern civil rights movement there as well as, perhaps unwittingly, starting a revolution. Quite a resume and it all unfolded over a few months in 1968.

In June 1968, when Currie used a poker to smash a window and enter a house in 9 Kinnard Park, in the village of Caledon, County Tyrone, and squatted there it was a revolutionary act that changed Ireland forever.

By squatting in the house, Currie dared to expose the incredible discrimination in housing that was the reality at the time in Northern Ireland.

As a local politician in County Tyrone, bereft of political power, he seemed an unlikely revolutionary.

He was a nationalist member of parliament (MP) for Tyrone in the Northern Ireland parliament where Unionism reigned supreme and a Prime Minister won plaudits by saying he never allowed a Catholic about the place in his palatial home.

The Northern State had succeeded in its aim as a Protestant state for a Protestant people. The Ulster Unionist Party reigned supreme from 1921 on.

Only one Catholic, and that a token one, had ever been in government and that was because he declared himself a unionist.

To say the government used jackboot tactics to keep power is putting it mildly. Remember it was not even one person one vote, people of property had extra votes just by being landowners. They were all unionists, of course.

We all recall the massive moments in the North - the October 1968 Derry civil rights march, the deadly British Army murders on Bloody Sunday in January 1972,  the Burntollet attack in January 1969 when a group of young idealistic university students were batoned off the Queen’s highway during a historic march and were then ambushed by Paisleyite thugs. 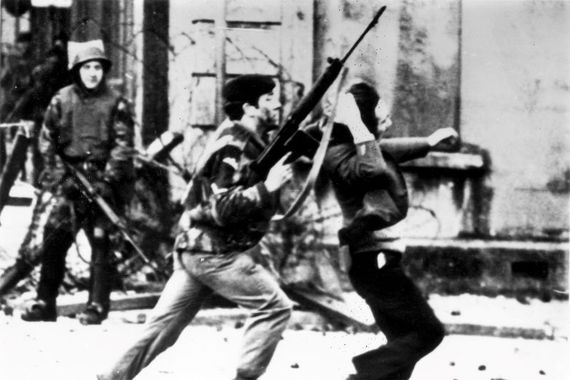 Such were the triggers for The Troubles but without  Austin Currie’s defiance on an issue of clear discrimination and naked sectarianism it is very possible nothing would have happened.

The issue was clear. There was massive discrimination in housing. Catholics were readily evicted in order to house Protestants.

The house in question in Caledon had been given to a 19-year-old Protestant single woman despite a desperate need by large Catholic families for a roof over their heads. Two-hundred-and-sixty-nine families were on the housing list, the vast majority Catholic. They might still be waiting for a key to a door but for Currie coming knocking.

“It was so blatant, we had to do something,” says Currie. “I had tried everything else. As a public representative, this injustice was rankling, and something had to be done.”

Once they had broken in - with local media present - Currie and two fellow civil rights activists refused every entreaty to come out of the house (though in a hilarious aside Currie remembers one of the activists was more worried about feeding his cattle than the mob gathering outside).

Eventually, a battering ram was used to gain entry and they were arrested. By then the media had been alerted and it became a huge story.

Currie thoughtfully sent a  letter of thanks to the woman, Mrs. McKenna, who gave him the poker.

“I think today we have made history together,” he wrote.

I wonder where that poker is now. It deserves to be in some civil rights hall of fame. 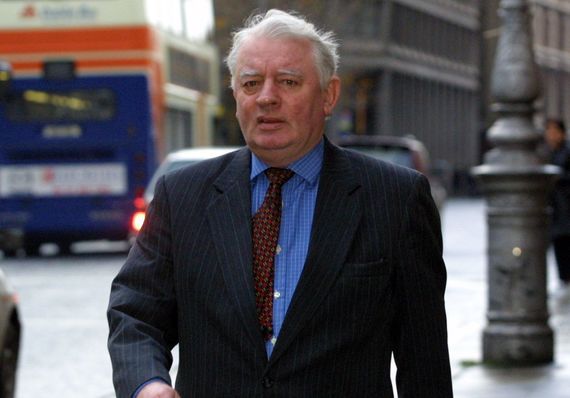 As the Irish  Times noted “Their action at Caledon did indeed make history. It was the beginning of the civil rights movement in Northern Ireland, which within months would see thousands of protestors on the North’s streets.”

Strangely, after the incident, the Troubles barely touched Caledon as a local policeman, now retired there, told The Irish Times.

“When the Troubles started, and it went mad all over, this was the most normal place you could ever live because everybody, Protestant and Catholic, they lived together.”

“I served all over Northern Ireland and this was the sanest place in the whole of the country and yet it started here.”

Then a second march was set for Derry, on Oct 8 1968, and all hell broke loose. The sectarian police charged the marchers beating them with truncheons and bare fists and kicking them to the ground. Belfast MP Gerry Fitt was seen covered in blood appealing for calm after being struck violently by a policeman.

The bloody march was seen all around the world. Currie was there. He had lit the flame and Northern Ireland would never be the same again,

He went on to a  successful career in Irish Republic politics and lost a close enough race for Irish president. But his legacy will always be located in the village of Caledon at 9 Kinnard Place. You never know when and where a revolution begins.

Watch below a section of the documentary "The Day the Troubles Began", at 3:45 see Austin Currie taking about the Derry 1968 march: