PSNI say four masked men boarded the bus and ordered the passengers and driver to get off before setting the vehicle on fire in Newtownabbey, Co Antrim 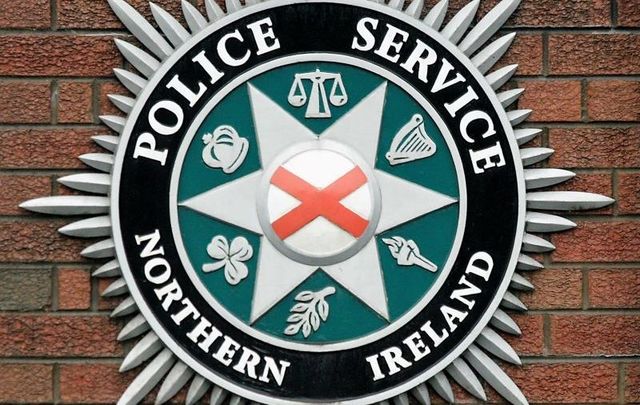 PSNI are appealing for more information after four men hijacked and destroyed a bus in Newtownabbey, Co Antrim on Sunday night. RollingNews.ie

A bus was hijacked and set on fire by four masked men in a loyalist estate outside Belfast on Sunday night just six days after two armed men set a bus alight in County Down.

The incident took place near Valley Leisure Centre in Newtownabbey, Co Antrim at around 7:45 p.m. on Sunday, November 7.

PSNI's Detective Inspector Lenaghan said that the four masked men, reportedly carrying a hammer and petrol, got onto the bus and made it stop at Carnreagh Bend and ordered the passengers to get off.

The men, who are believed to be in their 40s, forced the bus driver to journey to Church Road and proceeded to smash the bus's windows and set it alight.

No one was injured during the incident, according to the PSNI, who are now appealing for more information on the incident.

What's left of a bus at the entrance to Rathcoole estate in Newtownabbey.

A fire has completely gutted the vehicle with a police cordon in place. pic.twitter.com/wuJGuScWCD

Mallon said it was the fourth time this year that a bus has been attacked in Northern Ireland.

"It is disgraceful and disgusting that our public transport workers have been targetted for attack once again, this time by masked men who ordered the driver and passengers off a bus this evening and then set fire to it," Mallon said on Twitter.

"The criminals behind these reckless and cowardly attacks have done nothing more than harm their local community, depriving them of a critical public service."

She added that there was no justification for the "wanton destruction" that took place in Newtownabbey on Sunday night.

A bus driver and passengers put through a terrifying ordeal tonight while trying to go about their normal business. There is absolutely no rational reason for this wanton destruction. pic.twitter.com/rxnLf4QXsm

This is senseless. Such criminal behaviour could lead to death or serious injury. This only harms local people and local communities. It serves no cause whatsoever. The ringleaders should step back. Change is brought about by politics not by burning buses. https://t.co/rbyrr8hW2J

Sunday's attack is the second time in less than a week that masked men have hijacked a bus in a loyalist area of Northern Ireland and set it alight.

On Monday, November 1, two masked and armed men boarded a bus in Newtownards, County Down, and ordered the driver to get off. They then set the bus on fire in apparent opposition to the Northern Ireland Protocol.