Good fun, and seriousness, at Féile An Phobail in Belfast

Féile An Phobail, billed as Ireland’s largest community arts festival, is a two-week community-based celebration based in the republican heartland of West Belfast. 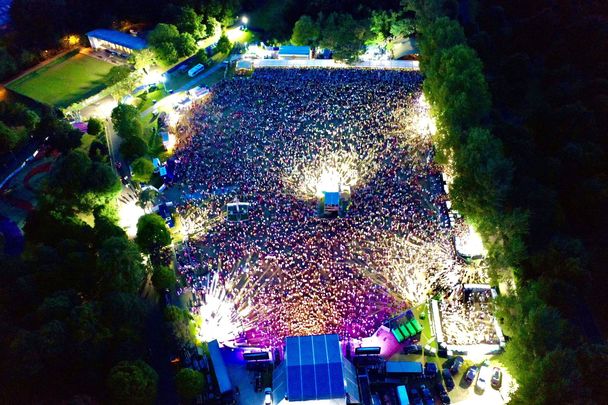 Belfast is a great city to visit at any time of the year with its stately buildings, vibrant nightlife, friendly atmosphere, and great views over the Lough.

Add in the glorious weather of the dog days of summer allied to a world-class celebration of arts and culture along with a stimulating economic, social and political program then Féile An Phobail, held every August, is a must-attend event.

Billed as Ireland’s largest community arts festival, the féile is a two-week community-based celebration based in the republican heartland of West Belfast. Originally set up to counter the street protests and bonfires associated with August 8 and the introduction of internment into Northern Ireland, the event has grown from strength to strength.

Even so, it was with some satisfaction that organizers pointed out that this year no bonfires and associated hooliganism were reported to the Police Service of Northern Ireland (PSNI) due mainly to more than 10,000 young people attending an outdoor concert for the féile dance night.

The provision of alternatives for young people by Féile & community & youth organisations has made a massive positive difference.

Instead they danced the night away & were superb! pic.twitter.com/uQmGO8EGpL

But féile is much more than that, and this year’s event was no different with the present and future of the island of Ireland debated and discussed, as well as the past.

And in West Belfast, while the past is, paradoxically, omnipresent, it can also be overwhelming and at times suffocating. Republican iconography is everywhere. Milltown Cemetery with its republican plots has an entrance on the Falls Road. It appears that every estate has a memorial to local people killed during the turbulent history of Northern Ireland, and then of course we have the ubiquitous murals.

While the use of walls for political messages had been common in loyalist areas since the early 20th century, it was only since the 1980s and the hunger strikes that they appeared in any number in republican areas. 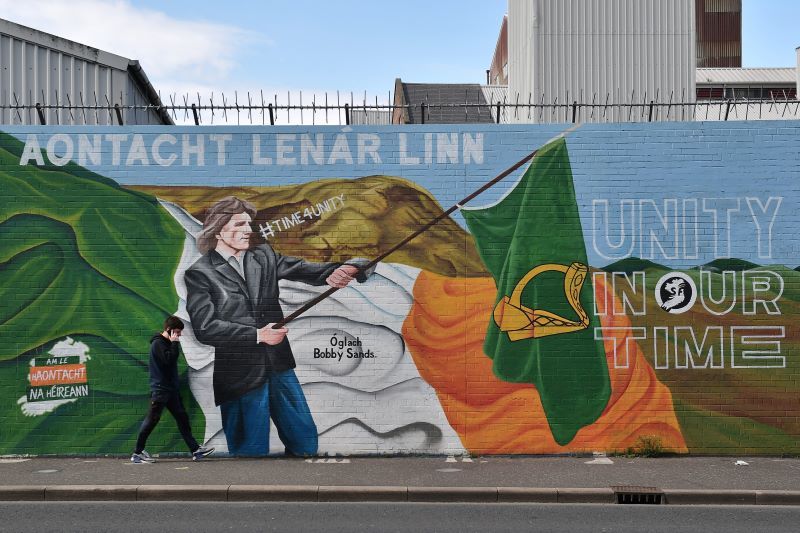 The interpretation of the murals is presented by ex-prisoners on a variety of walking tours. Truth be told, our tour guide must have missed the lecture on Wolfe Tone and the United Irishmen who embraced “Catholics, Protestants and dissenters” when he referenced the “rights of the indigenous Irish” on the tour I took.

That minor detail aside, the growth, impact, and power of the painted gable wall was the subject of a fascinating talk during féile. In the early days, it was a dangerous activity when muralists were considered legitimate targets leading to the death at the hands of the RUC of a 16-year-old youth, shot in the back, as he painted the letters IRA.

Murals were, according to the speakers, a godsend to the Sinn Féin PR machine, giving them free access with their slogans and messages to news media around the globe which invariably used them as backdrops to news reports. To “muralize” a slogan or an idea or an event became a new verb in the republican lexicon.

What was clear from the discussion was that there was widespread buy-in from the community for this activity, and it is still evolving with newer murals depicting contemporary issues including support for the National Health Service, the tragic death of a local boy, Noah Donohoe, and the quest by his family for answers from the PSNI.

Legacy issues are never far from the public consciousness. Driving along the Falls Road last week, as I arrived at the féile, the first thing I encountered was a white line protest seeking justice for victims of rubber bullets. A large group of people stood, in single file, on the white line dividing the lanes on the road holding pictures of loved ones, many of them children, whose lives had been cut short by the security forces' use of rubber bullets.

The families reiterated the call for those lethal weapons to be banned. pic.twitter.com/wV4isSttaw

Entering St. Mary's University College, the main venue for the series of debates, a full corridor was dedicated to the over 50-year struggle for justice on behalf of the Ballymurphy Massacre victims. Events during the fortnight included a march for truth as well as a major debate on the rights of victims.

St. Mary's was a wonderful location for the majority of the debates, with great support from staff and volunteers. Mainly functioning as a teacher training college with a strong Catholic ethos, it did throw up a few anomalies during the féile.

A talk organized by the Irish Freethinkers and Humanists was held in a hall overlooked by a large portrait of Pope Francis and a statue of the Madonna and Child as well as a crucifix on the walls. I’m not sure what the subject of the event, John Toland an 18th-century freethinker whose books were publicly burned for his views on the Bible, would have made of it all.

Equally oblivious to his place in the history of the college was Alliance Party deputy leader Stephen Farry, who declared he was delighted to be present to take part in a Q&A session titled West Belfast Talks Back. He omitted to mention – perhaps he forgot – that while he was minister for employment and learning he was adamant that the college should be closed to save a paltry £1 million.

That session did, however, produce one of the comments of the fortnight. Former Ulster Unionist Party leader Steve Aiken, who in a previous life was a submarine commander, expressed his opposition to a border poll on Irish unity.

A shout of “periscope up” came from a couple of rows behind where I was sitting, and amid the laughter, I turned around to see that the good-humored heckling came from none other than former Sinn Féin leader Gerry Adams.

It’s a story that speaks to two important aspects of féile – the informal, friendly atmosphere of the discussions, and the fact that opposing opinions are encouraged, welcomed, and challenged. The unionist point of view was expressed by politicians, journalists, and academics over the two weeks, and the event was all the better for that.

But it is not just Irish affairs that were discussed at the féile, and this year there were two significant US inputs. The key annual James Connolly Lecture was given by New York-based trade union leader John Samuelsen, international president of the Transport Workers Union.

Speaking to a heavily unionized audience, he dodged questions on a national strike in the UK, predicting that the next big battle would be to ensure that pay and conditions in the emerging renewables sector should be at least as favorable for all blue-collar workers as the jobs they are replacing.

We were delighted to welcome @TwuSamuelsen to deliver the annual James Connolly Lecture at Féile an Phobail.

John is the International President of the Transport Workers Union. pic.twitter.com/eWCYRLHe4Z

The other transatlantic input came from Dennis Brownlee, chairman of the African American Irish Diaspora Network who spoke about the strong, but understudied, links between Irish Americans and African Americans. He referenced Daniel O’Connell, who told Irish people going to America to treat African Americans as they themselves would like to be treated.

However, the relationship was at times uneasy and the 1863 Draft Riots in New York City were instanced as one such example when hundreds of African Americans were killed by a mainly Irish American mob. Brownlee’s group wants to foster good relationships between African Americans and Ireland through shared heritage and culture.

Féile is a unique opportunity to reach outside your comfort zone and engage in spirited debate. But it can’t be pigeon-holed. It has something for everyone, all ages, and interests.

Indicative of this was the fact that the full program was contained in a brochure consisting of over 200 pages. In a future column, I intend to look at a common thread that ran throughout many of the festival debates, namely the call for a border poll to put the question of Irish unity before the electorate north and south. That has become an unstoppable debate.

*This column first appeared in the August 17 edition of the weekly Irish Voice newspaper. Michael O'Dowd is brothers with Niall O'Dowd, founder of the Irish Voice and IrishCentral.