TD Neale Richmond has called upon the Irish Government to establish an all-party Special Oireachtas Committee to look at the challenges and opportunities that Irish Unity presents. 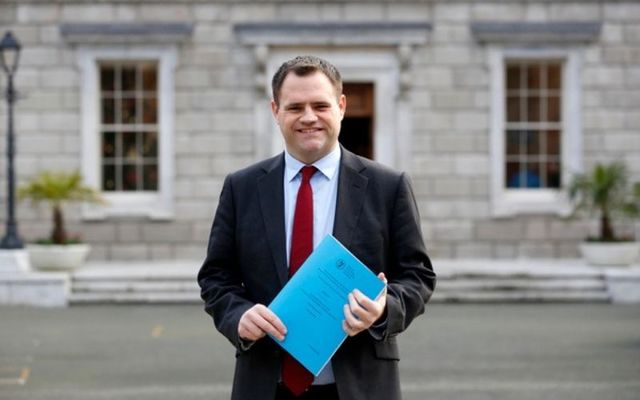 A Fine Gael TD has called on the Irish Government to set up a committee on Irish unity in order to prepare for a border poll.

Neale Richmond, a Fine Gael TD from the Dublin Rathdown constituency, said it was the Irish Government's duty to be as best prepared as possible for a future referendum on Irish unity.

I am calling for the establishment of an all-party Special Oireachtas Committee to be established to look at the challenges and opportunities that Irish Unity presents. 1/ pic.twitter.com/CnKZ4RPLr0

Richmond was speaking at an event in Westminster and said a border poll could potentially be held within the next 10 years, arguing that Brexit had "fundamentally changed the tone of debate" surrounding a united Ireland.

"The fact that this British Government has chosen to pursue the hardest possible form of Brexit has put in stark context the divisions that exist across these islands," Richmond said.

"It is now very conceivable that a British Secretary of State for Northern Ireland could call a border poll on Irish unity within the next decade."

Richmond called for the establishment of an all-party committee to examine the challenges and opportunities of a united Ireland and said Ireland should "learn from the lessons of Brexit" and take the responsible path forward.

"Now is the time to bring together stakeholders, experts, and advocates of all positions to work through these many questions in a parliamentary setting," he said at Westminster.

"We must be realistic and recognize that discussions regarding Irish unity are becoming more widespread and we must be prepared to present our vision of a united Ireland, down to the nitty-gritty details, as soon as is possible."

He said those who were in favor of a united Ireland must be prepared to present their "vision" to all the people of Ireland and Britain.

"We can build a New Ireland, one that is united, inclusive and that is a full member of the EU.

"Brexit has shown us what happens when you ask a question with no clear outline of what the answer looks like."