Reasons why a United Ireland is definitely on the way

A leading expert argues that a united Ireland is now unstoppable and a question of when rather than if is the only thing left to be decided. 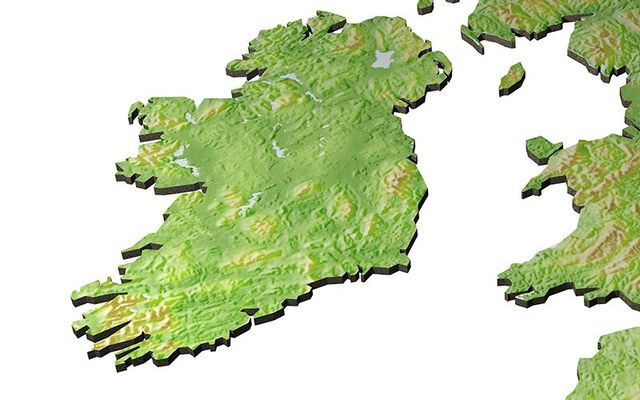 Why a United Ireland is on the card. iStock

A leading expert argues that a united Ireland is now unstoppable and a question of when rather than if is the only thing left to be decided.

The debate about Irish reunification is now alive and kicking, with endless chatter over the last year about the prospects of a historic border poll taking place in the next few years. There are various strands that are beginning to weave together, creating, what I believe, will prove to be unstoppable momentum. So here are ten reasons why a united Ireland is now on the way:

Northern Ireland was designed to lock-in Protestant-Unionist ascendancy. This is why it only includes six counties of the ancient province of Ulster. (The other three had Catholics majorities). Even so, the last census in 2011 showed that Protestant-Unionists now account for less than half (48%) the population of Northern Ireland, with Catholics on 45%. Of course, not all Catholics want a united Ireland, just as not all Protestants hate the idea, but the figures are still a pretty good indicator of where support lies.

The ground has shifted dramatically in recent years, with Catholics now outnumbering Protestants at every level of the education system. Let’s put it this way, the voters who will ensure there’s a united Ireland have already been born.

Britain’s decision to leave the European Union back in June 2016 has electrified the debate about Irish unity. On average, 56% of people in Northern Ireland voted to stay in the European Union (with Catholic-Nationalists voting by as much as 88%). For many soft nationalists and even for a growing number of unionists, the loss of their EU citizenship is building support for Irish unity. More than a quarter (28%) of a cross-section of people in Northern Ireland said the UK's decision to leave the EU had made them more likely to vote for a united Ireland, according to a BBC poll. Meanwhile, another poll for British radio station, LBC, found that leaving the EU is more important to average British voters than keeping Northern Ireland in the UK.

In the 2017 elections to the Northern Ireland Assembly, Sinn Fein came within 1,100 votes from beating the Democratic Unionists into second place. Just 30,000 votes or so now separate parties committed to Irish unity from those who favor remaining part of Britain. At the next elections, scheduled for 2022, SF may well top the poll, with parties committed to Irish unity, or just those in favor of holding a referendum about it, in a majority. If this happens, the British Government, which decides when a referendum on Northern Ireland’s future status can be called under the terms of Good Friday Agreement, will be hard-pushed to avoid heeding the call.

The Good Friday Agreement is the blueprint

The hard bit is already done. The actual process for bringing about a united Ireland was confirmed 20 years ago with the signing of the GFA. It allows for a referendum on Irish unity if “at any time” it appears likely to the British Secretary of State “that a majority of those voting would express a wish that Northern Ireland should cease to be part of the United Kingdom and form part of a united Ireland.” The blueprint is already in place. All it now needs now are the right conditions to be met.

Scotland may leave the UK first

Back in 2014, the Scots voted narrowly to stay in the UK by just 55-45%.The British political establishment threw everything into persuading them to remain, with dire predictions about life outside the UK. These ‘Project Fear’ warnings had little effect and the campaign for independence got stronger and stronger throughout the campaign. Remember, this was before Brexit, where 63% of Scots chose to stay in the EU.

So the scene is set for another vote on independence in the next few years, with nationalists complaining about being forced out of the EU against their wishes by the English. Scotland’s a much bigger deal for the UK and if goes, taking its oil fields and nuclear submarine bases with it, losing Northern Ireland, in comparison, will feel like an afterthought.

When people in Britain think of Northern Ireland there’s a general air of bewilderment. They remember the IRA bombings and wonder why Orangemen want to walk down streets where they are not wanted. That’s if they think of the place at all. They have little affinity with Northern Ireland, with many wondering why Britain is still there. There’s also brooding English resentment at the Democratic Unionists, who prop up Theresa May’s government in the House of Commons in return for £1 billion in extra funding. Senior members of Theresa May’s own party were appalled at the arrangement, given the DUP’s blatant homophobia, while the poorer English regions are angry at the special treatment given to unionists at, as they see it, their expense.

Northern Ireland’s economy is set to be devastated by Brexit. Why would outside investors (many from the US) entertain the idea of basing themselves in Northern Ireland, which, after Brexit, no longer has automatic access to the EU’s single market? In contrast, opening up down the road in the Republic guarantees lower taxes and immediate access to the single market. For many Northern Irish business leaders and farmers, the hard reality of Brexit makes Irish unity the obvious solution.

Northern Ireland amounts to just 1.5% of the UK’s economy and is reliant on a £10 billion grant from the British Government each year. The place makes no economic sense and has seen its traditional industries wane over the past 50 years. A report from 2016 by a team of European academics modeled the effects of Irish unity and found that a single Irish state would generate tens of billions of Euro in extra economic activity straightaway, with the north benefiting most from emulating the successes of southern Ireland.

Southern Ireland will benefit from unity

If Northern Ireland votes to become part of a single Irish state, the people who already live in the Republic will have to vote on it too. So what’s in it for the south? First off, this is clearly unfinished business for most Irish people. The reunification of the country is a deeply and sincerely held belief. (Polls routinely show two-thirds in favor). Furthermore, it will increase the Irish population to nearly seven million, making the Republic a bigger player in the European Union and creating a larger domestic economy.

The arc of history bends towards Irish unity

Northern Ireland simply wasn’t built to last. Its creation was a back foot political compromise from a beleaguered British government that couldn’t defeat the IRA’s guerrilla campaign during the War of Independence, but didn’t want to be humiliated and felt it owed something to unionists, (especially as so many served in the First World War). So it split the difference. History usually tells us anything created as a messy compromise is not destined to last. As Northern Ireland crawls to its centenary in 1921, many are asking, will it survive much longer?

* Kevin Meagher is the author of ‘A United Ireland: Why unification is inevitable and how it will come about,’ published by Biteback.