The AOH, who believes British amnesty proposals would "add a new chapter of hurt and injustice," met with Brandon Lewis on October 10. 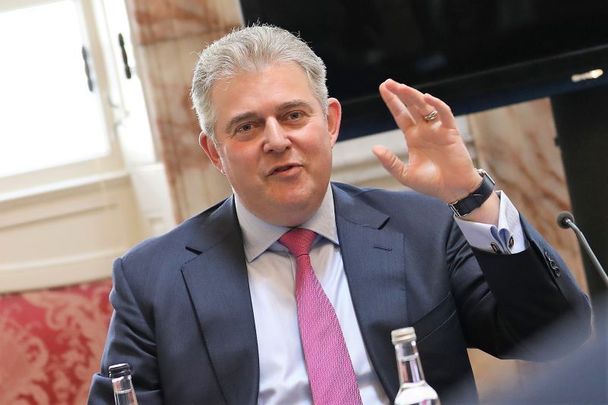 Two representatives of the Ancient Order of Hibernians (AOH) met with British Secretary of State for Northern Ireland Brandon Lewis on Sunday, October 10 to discuss the new British legacy proposals.

National Vice President Sean Pender and Freedom for All Ireland Chair Martin Galvin were given an opportunity to question Secretary Lewis and state opposition in "a full and frank meeting" which lasted just under an hour.

In a statement issued on October 12, the AOH, America’s oldest and largest Irish American organization, said that it has long been in the forefront of the battle for Irish legacy justice, and most recently was instrumental in backing a bipartisan Congressional initiative led by Congressmen Brendan Boyle and Brian Fitzpatrick, and supported by 36 members of US Congress including Richard Neal and the Friends of Ireland.

Following Sunday’s meeting, Galvin said, “The AOH has worked for decades with Relatives for Justice, the Ballymurphy Massacre Campaign, Bloody Sunday and others, fighting for the truth about the murder of their loved ones.

"They believe that these new British proposals would shut down their path to legacy justice and deprive them of basic rights guaranteed under the Good Friday Agreement and international law.

“They believe the British amnesty proposals would not draw a line under the past, but add a new chapter of hurt and injustice. They will not herald an end to the battle for legacy truth, but merely begin a new round of legal fights in British and European Courts, that will cut across new generations.

“The AOH was grateful for the opportunity to convey these feelings directly to the British Secretary Lewis."