Amnesty for all IRA and British soldiers to be announced

The British government plans to end prosecutions for all killings during Northern Ireland's Troubles. 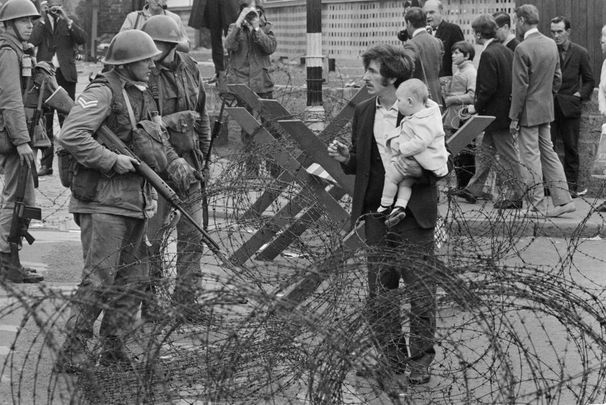 The British government is expected to formally confirm a plan, on Wednesday, to introduce a statute of limitations in the autumn for all killings during the Troubles up to the signing of the Good Friday Agreement, in April 1998.

On Wednesday, Brandon Lewis, Secretary of State for Northern Ireland, will outline the proposal for dealing with legacy issues to do with the Troubles in the House of Commons. It is expected that this will include the British government's intention to introduce a statute of limitations, as soon as autumn 2021.

The proposed statute of limitations would including killings carried out by the Irish Republican Army (IRA), the Ulster Defense Association, and the Ulster Volunteer Forces, as well as other republican and loyalist paramilitary groups. It would also end criminal investigations into any killings carried out by British soldiers, police officers, and members of military intelligence. It is estimated that 3,250 people were killed during the Troubles (1968 – 1998).

"Critics have said such a move would represent an amnesty," RTE reports. Ireland's government, the Stormont Executive of Northern Ireland and victims' groups oppose the plan.

In May 2021, a number of British newspapers reported a ban on the prosecution of military veterans. This came just days before the ten victims of the 1971 Ballymurphy were found innocent and their killings by the British Parachute Regiment.

Ireland's Taoiseach (Leader) Micheál Martin said this move would be "a breach of trust" and "a betrayal of the victims".

This is not a fait accompli. This is UKG outlining its position. Irish Govt has very different view (Stormont House), as do NI political parties & victims groups. SOSNI & I have committed to an inclusive dialog to try to agree consensus & that’s underway. https://t.co/MCQt5mbKgI

Just three weeks ago Ireland and Britain's government had announced, following the British-Irish Intergovernmental Conference, plans for talks between Northern Ireland's political parties and victims of the Troubles. The aim of these planned talks was to find "an agreed way forward" to deal with legacy issues.

Since then there has only been one meeting. A second meeting was set to take place on Wednesday, July 14, but was canceled.

Several senior political sources in Northern Ireland have told the RTE that they believe the British government has made up its mind. The said Britain "is telling us, not asking what is the best way forward".

Another said "They may be hearing the words spoken but I don’t think they’re listening to a single word.

"They have made it very clear in recent weeks what the preferred direction of travel is and they seem determined to follow it."

"But it does provide a mechanism whereby investigations can continue, questioning can continue so that families who lost loved ones during the Troubles get to know what happened but without the fear of prosecution being held above the heads of military veterans."

A British government source told the Daily Mail "A Government source said: 'We want to give Northern Ireland society the best chance of moving forward as one – to do that we must confront the difficult and painful reality that the realistic prospect of prosecutions is vanishingly small and while that prospect remains Northern Ireland will continue to be hamstrung by its past.

"Our legacy package will support Northern Ireland to move beyond an adversarial cycle that doesn't deliver information or reconciliation for victims and survivors, nor end the cycle of investigations against our veterans."

Tory Member of the Parliament Julian Lewis, former chairman of the Commons defense committee, said "There is no way that you can come up with a solution that will satisfy everybody."

He added that the IRA "effectively already had a get-out-of-jail-free card" as a result of concessions granted by Tony Blair, as part of the Good Friday Agreement.

Former Tory chairman Norman Tebbit said "It won't make much difference to the terrorists – Tony Blair gave the IRA a free pass years ago. But stopping the persecution of our soldiers would be a good thing – it has been completely unfair."