The Ancient Order of Hibernians says it is determined to stand behind Bloody Sunday's victims and families in their search for justice. 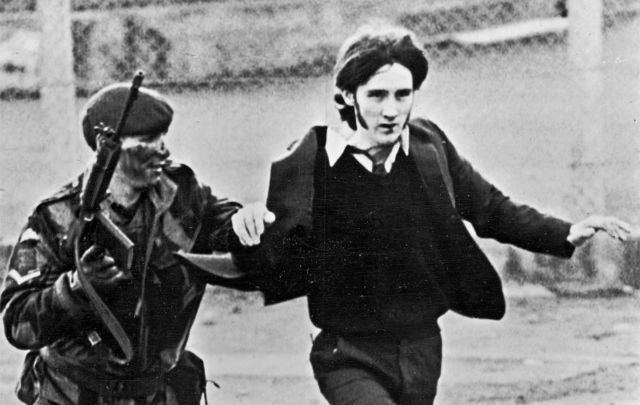 Northern Ireland's Public Prosecution Service upheld its original decision this week to not prosecute 15 British soldiers involved in the events of Bloody Sunday in Co Derry.

Martin Galvin, the National Freedom for All Ireland chair for the Ancient Order of Hibernians (AOH), the largest and oldest Irish Catholic organization in the US, has issued this statement concerning the decision by the Northern Ireland’s Public Prosecution Service to not prosecute 15 British Soldiers accused of participating in the killings of Bloody Sunday in Derry in 1972:

"The refusal to charge British troopers for Bloody Sunday seems to signal an undeclared amnesty or de facto immunity for these soldiers, and for others in British uniforms who carried out a shoot-to-kill policy or collusion murders for the crown, with impunity.

Thirteen people were shot dead by British troopers on Bloody Sunday. Fifteen more were wounded. A British Prime Minister, David Cameron, admitted these shootings were 'both unjustified and unjustifiable.' Unjustifiable killings would seem to be textbook definition of murder. The British troopers who opened fire on the peaceful civil rights marchers were known and identified. What explanation can there be for only one British trooper being charged for so many murders and attempted murders?

Years later these troopers gave more testimony under oath in London, before the Saville Inquiry, where nothing said could be used against them, if they at last told the truth. Each trooper had the opportunity, after 30 years of reflection, to express remorse or give the heroic Bloody Sunday families the truth those families deserve.

Instead, these British troopers decided once again to blame their victims for getting in the way of the bullets. One Para after another swore to tell the truth then recited scripted cover stories of the sort whitewashed by the Widgery Tribunal. Saville himself noted that these troopers had 'knowingly put forward false accounts in order to justify their firing.' How can there be no perjury charges?

Next January 30th will mark the fiftieth anniversary of Bloody Sunday. It will mark fifty years that these families have been fighting for justice.