New York's Kathy Hochul and Massachusetts’ Maura Healey have both become the first-ever females elected to be Governors of their states. 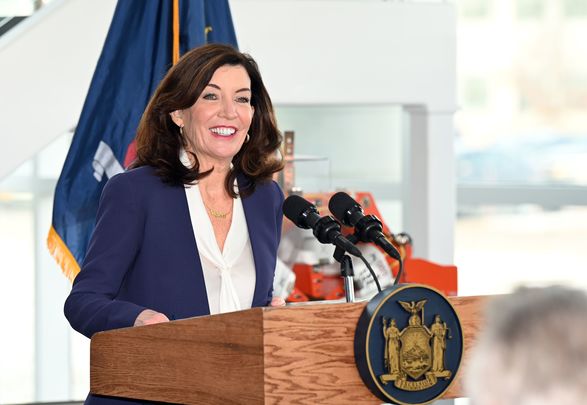 Kathy Hochul and Maura Healey, both Irish Americans, made history in the 2022 US midterm elections last night, November 8.

Governor Kathy Hochul has become the first female to be elected as the Governor of New York. She had previously served as unelected leader of the state when she moved up from Lieutenant Governor to the top job when Governor Andrew Cuomo was forced to resign in a “me too” scandal.

Tonight, a glass ceiling was shattered in the State of New York.

Thank you to everyone who made it happen — this victory is yours. pic.twitter.com/1p5p4xh6Cv

Kathleen Courtney Hochul, who traces her Irish roots to Co Kerry, was raised in an Irish neighborhood in Buffalo, New York. Her family went through hard times, at one point living in a trailer home.

"Just over 100 years ago, my father's parents fled lives surely destined for poverty in County Kerry," she wrote last year.

"From the migrant farms of South Dakota to domestic servitude in Chicago and finally to a steel plant in Lackawanna, they suffered hardship like millions of immigrants before and after them, but ultimately lived the American dream.

"Looking back, I realize these two barely educated but loving people had a profound impact on my decision to enter public service."

She recalled her grandparents having an image of Jesus and a photo of President John F. Kennedy displayed side by side in their home. 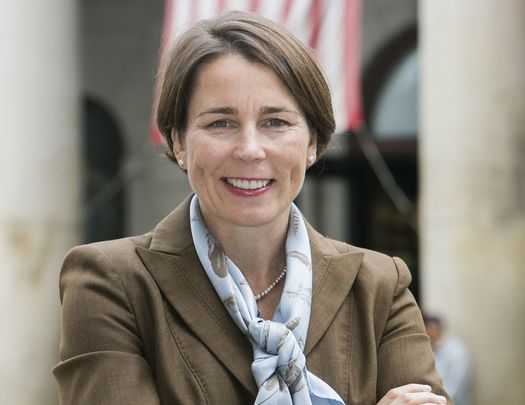 Also making history about 300 miles away was Maura Healey, who has become the first-ever female Governor of Massachusetts, as well as the first declared lesbian Governor of any state in the US.

Healey, whose grandparents came from Ireland, will be joined by prospective Lieutenant Governor Kim Driscoll making it a historic all-female governing team.

We might be the first, but we won't be the last.

To every little girl out there, we want you to know — there's no ceiling you can't break. pic.twitter.com/nbCypzP3ZD

Healey also has some wonderful accomplishments in women’s basketball where she was good enough to be called for trial by the US Olympics team. She played the sport professionally in Austria after graduating from Harvard. Even now, at 51, she likes to play.

As Attorney General, Healey gained a reputation for going up against former President Trump and the gun lobby. Massachusetts has one of the most restrictive gun laws in the United States.

She was expected to win easily. The Lowell Sun reported in September that “the attorney general will be the prohibitive favorite in the general election."

”She was born at the Bethesda Naval Hospital in 1971 while her father served as a captain in the US Public Health Service, and later as a civil engineer in the Environmental Protection Agency. Her maternal grandmother was determined that her grandchild be born on Massachusetts soil.

“She traveled through a snowstorm down Route 1, flew to Maryland, snuck into the delivery room wearing her nursing outfit, and placed a bag of soil from a family woodlot in Byfield below the delivery bed so that Maura could be 'born' over Massachusetts. What mothers and grandmothers will do!”