Kathy Hochul marked Irish American Heritage Month on Twitter by sharing an old photo of her and her father, a Gaelic football player. 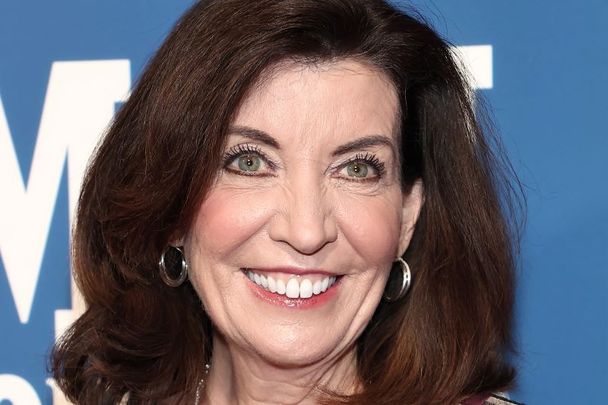 Kathy Hochul, the first female governor of New York and a proud Irish American, has shared a sweet picture of her as a child with her brother and father for Irish American Heritage Month.

“My brother and I loved watching our dad's football matches as kids,” Hochul said in her tweet on March 8.

“He was a Gaelic football player, inspired by my grandparents who helped start the North American Gaelic Football League.”

My brother and I loved watching our dad's football matches as kids.

He was a Gaelic football player, inspired by my grandparents who helped start the North American Gaelic Football League.#IrishAmericanHeritageMonth☘️ pic.twitter.com/ZLaHSe3ZSE

Back in August, Hochul, who was previously the Lieutenant Governor of New York, became the 57th governor of New York in the wake of Andrew Cuomo’s resignation. She is the first female to hold the position is considered the highest-ranking Irish American elected official in the state.

In September, Governor Hochul met with Taoiseach Micheál Martin in New York City. During their engagement, Hochul said: “My grandfather was one of the founders of the North American GAA."

She said that her father was scheduled to go play in Ireland as part of the American team. "And the week he was supposed to go, his daughter, Kathleen, was born. So he decided it would be better to stay home and be there for the birth of me instead of playing in Ireland. So he missed that opportunity, but I hear about it all the time, all the time.”

Despite being generationally removed from Ireland, Hochul - who was born Kathleen Mary Courtney - has frequently said that her Irish heritage was a key part of her upbringing.

Her grandparents, who met in Chicago after leaving the same area of Co Kerry, later settled in upstate New York where they helped found the still active Buffalo Irish Center.

She further said in the video: "I will say like all good Irishmen and Irishwomen, I love a good fight, especially if it's for the people of my beloved state.