Governor of New York Andrew Cuomo has today announced his resignation, clearing the way for Irish American Kathy Hochul to assume his duties. 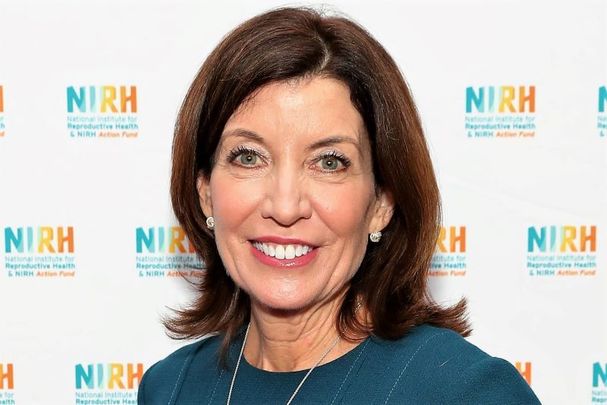 Cuomo delivered the news in a live address on August 10.

Cuomo's announcement of his resignation comes a week after an independent investigation launched by the Attorney General of New York Letitia James found that Cuomo sexually harassed multiple women from 2013 through 2020.

Speaking on Tuesday, Cuomo said: "I take full responsibility for my actions. I have been too familiar with people. My sense of humor can be insensitive and offputting. I do hug and kiss people casually - women and men. I have done it all my life. It's who I've been since I can remember.

"In my mind, I've never crossed the line with anyone. But, I didn't realize the extent to which the line has been redrawn."

He continued: "My instinct is to fight through this controversy because I truly believe it is politically motivated. I believe it is unfair and it is untruthful. And I believe it demonizes behavior that is unsustainable for society.

"If I could communicate the facts through the frenzy, New Yorkers would understand, I believe that.

"This situation, by its current trajectory, will generate months of political and legal controversy. That is what is going to happen. That is how the political wind is blowing. It will consume government. It will cost taxpayers millions of dollars. It will brutalize people."

Cuomo said that the time and money that would go into handling the matter would be better spent on the continuing fight against the pandemic.

"Wasting energy on distractions is the last thing that state government should be doing. I cannot be the cause of that.

"New York tough means New York loving. And I love New York, and I love you. And everything I have ever done has been motivated by that love and I would never want to be unhelpful in any way.

"Kathy Hochul, my Lieutenant Governor, is smart and competent. This transition must be seamless. We have a lot going on. I'm very worried about the Delta variant, and so should you be. But she can come up to speed quickly. My resignation will be effective in 14 days."

Hochul (nee Courtney), whose grandparents are from Co Kerry, is set to become the first female Governor of New York, and the first Irish American Governor of the state since Hugh Carey.

Update 12:40 pm EST: Responding to Cuomo's resignation, Hochul said today that she "agrees" with Governor Cuomo's decision to step down.

"It is the right thing to do and in the best interest of New Yorkers.

"As someone who has served at all levels of government and is next in the line of succession, I am prepared to lead as New York State’s 57th Governor."

Hochul will be commenting further in the near future, a spokesperson said.

I agree with Governor Cuomo's decision to step down. It is the right thing to do and in the best interest of New Yorkers.

As someone who has served at all levels of government and is next in the line of succession, I am prepared to lead as New York State’s 57th Governor.