Can you still say it's a democracy if the only two possibilities for the GOP now are victory or election theft? 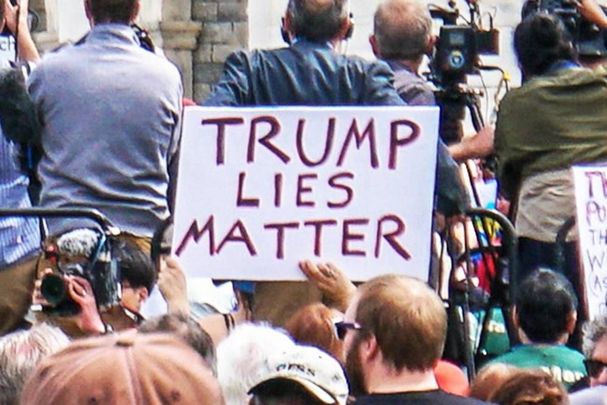 Can you say that you still live in a democracy if one side now refuses to ever lose?

It's a question you are going to have to ask yourself this month as the results of the nation's midterms bring unwelcome outcomes to a party that apparently believes such outcomes are no longer possible for it.

Can you still say it's a democracy if the only two possibilities for the GOP now are victory or election theft?

Isn't it dangerous to turn private disappointment on election night into public rage and perhaps the desire for revenge that goes with it? Can't you see what that kind of country you will be living soon in if that level of angry resentment ever takes hold here?

Well, the bad news is that after two years of The Big Lie you are already living in that kind of country.

Because Donald Trump couldn't handle the shame of losing to Joe Biden he started publicly insisting that he couldn't - and then insisting that he didn't - which was his only way to protect his fragile ego from the unwelcome truth.

To a man like Trump losing is a thing that happens to the little people. It's proof that they really deserved it. It's a golden law of life and capitalism to him, losers get the shaft because they richly deserve to.

There was never any chance of Trump accepting the judgment of history and the nation and quitting the stage, making him what he is, a one-term president.

His ego clearly cannot endure the judgment. So the only thing that really animates him now is the desire to revenge himself on the country that rejected him and the party that opposes him. Here's a hint, that's probably you or someone you love.

Conservatives like to insist the insurrection of January 6 is over and that we need to move on. But every time Trump stands on a stage we see that it is far from over for him, it is merely growing in intensity and fury.

The person that the insurrectionists most wanted to capture (and yes probably kill) that day was not Vice President Mike Pence, who they blasted for his decision to certify President Joe Biden's election victory in defiance of Trump's wishes.

The person they most wanted to capture (and yes probably kill) was Nancy Pelosi, the Speaker of the House, who in their minds was the greatest roadblock to a national conservative agenda. 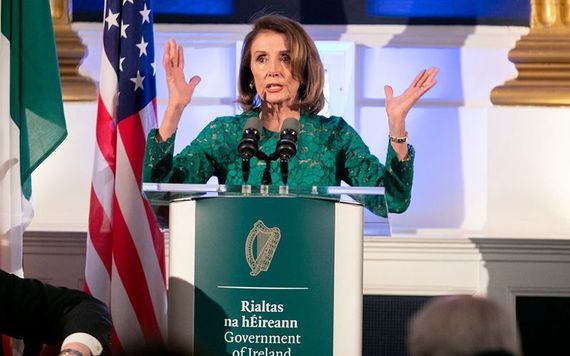 They had stopped simply opposing her politically on January 6, now they wanted to physically remove her, and they certainly would have had they ever found her.

Think for a moment about the country you would be living in if the insurrectionists Trump had incited had actually succeeded in capturing her. Think would they would have done to a woman who was then 78 and is now 80 years old.

Would you have supported them physically harming her? Would you have joked as some Republican leaders now do that it was extreme but at least she's now gone?

Would you have supported an attack that vicious on a fellow American if it meant your own politics went unopposed? If the answer is yes to either question, have you checked in on what kind of person you have quietly become in recent years?

This weekend another far-right activist tried to capture and kill Nancy Pelosi. Breaking into her home carrying ziplock plastic handcuffs, he planned to capture and torture her.  Unfortunately, her 82-year-old husband was home (Nancy was still in Washington) but he managed to call 911 as the home invasion unfolded.

The first thing to say is that if the San Francisco dispatcher had not listened to the call very carefully, Paul Pelosi might have been killed - he is still in ICU. The suspect had broken a window to gain access to the home and lawmakers responded urgently to the information they picked up during the emergency call.

this post from Trump Jr is about an 82-year-old who got beat with a hammer pic.twitter.com/PnLBAZtdP7

The assailant cracked Paul Pelosi's skull with a hammer and left him unconscious in a pool of blood. Paul Pelosi is 82. At that age, people rarely recover from such abuse.

Later Donald Trump Jr. tweeted that he had “Got my Paul Pelosi Halloween Costume ready” showing a photo of a pair of men's underwear and a lump hammer. It was a demented, cruel middle school taunt, one that tried to make people laugh instead of feel revulsion at this brutal attack on an elderly man.

What all this means is that this November you have the clearest political choice imaginable at the ballot box.

Either you're going to live in a new and progressively crueler America where political violence and fracturing an 82-year-old's skull is something to laugh at, or you can choose to punish the people who are asking you to do so with a season in the political wilderness, where in time they will hopefully recover their humanity, patriotism, and purpose.