The Ancient Order of Hibernians says the US "must send a clear and unambiguous message that it supports the peaceful institutions of governance in Northern Ireland and elsewhere." 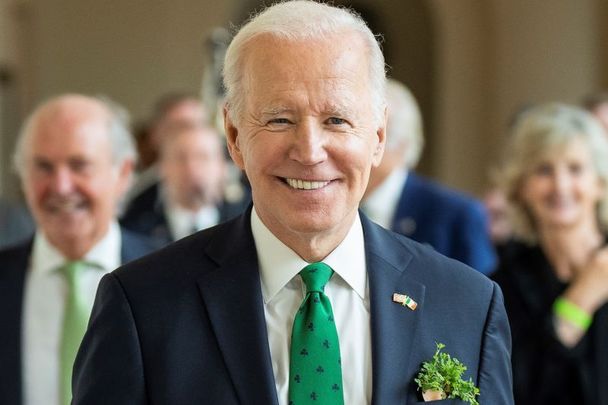 The Ancient Orders of Hibernians (AOH) has issued a letter to US President Joe Biden asking him for the swift appointment of a US Special Envoy to Northern Ireland.

The AOH, the largest Irish American organization in the US, is urging the appointment of a Special Envoy in order to reaffirm America's commitment to the people and peace of Northern Ireland ahead of the region's Assembly elections on May 5.

The elections have been characterized as the most critical in a generation and could see for the first time a representative of the Irish Nationalist community duly elected.

"We understand that past protocol has been not to appoint the Special Envoy to Northern Ireland until the confirmation of the Ambassador to the United Kingdom, but we believe that the current situation in Northern Ireland cannot wait on ceremony nor be held up by the partisanship which has embarrassingly been the hallmark of recent ambassadorial hearings.

"As we discussed on St. Patrick’s Day, Mr. President, the devolved government has been in collapse since February when the majority Democratic Unionist Party (DUP) renounced their duty to govern in protest of the Northern Ireland Protocol.

"The Northern Ireland Protocol only came into being to facilitate the hard Brexit the DUP had championed while simultaneously protecting the Good Friday Agreement.

"On the 5th of May, in what many have accurately described as the most critical election in a generation, there is a strong prospect of an Irish nationalist party being the majority party in the Northern Ireland Government and holding the position of First Minister.

"Since the inception of the devolved Northern Ireland Government, Irish Nationalists have served in good faith as Deputy First Ministers and as the minority party in successive governments led by representatives of the Unionist community. Sadly and disgracefully, now that the democratic process does not meet their needs, the elected members of the Unionist community are threatening to block the operation of the Northern Ireland executive if a member of the Nationalist community is democratically elected First Minister.

"This is not a time for the people of Northern Ireland or the world to lose confidence in the institutions of peaceful governance. The United States must send a clear and unambiguous message that it supports the peaceful institutions of governance in Northern Ireland and elsewhere. The appointment of a Special Envoy would send such a message, and we respectfully ask that this message be sent now.

The Ancient Order of Hibernians in America is always available to support all initiatives that support a lasting peace in the North of Ireland."