The AOH has asked President Biden to "appoint a Special Envoy to Northern Ireland who can re-energize the peace process." 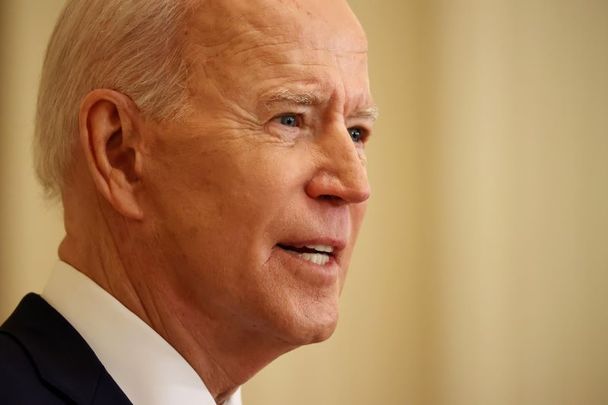 The Ancient Order of Hibernians (AOH), the largest Irish American organization in the US, has written to President Joe Biden urging him to fill the vacant Northern Ireland Special Envoy position.

Prior to the AOH letter, White House Press Secretary Jen Psaki said during a press briefing on April 8 that the Biden Administration is "concerned by the violence in Northern Ireland, and we join the British, Irish, and Northern Irish leaders in their calls for calm.

"We remain steadfast supporters of a secure and prosperous Northern Ireland in which all communities have a voice and enjoy the gains of the hard-won peace."

The letter to President Biden, shared by the AOH, reads:

"April 10, 2021, makes the twenty-third anniversary of the historic Good Friday Agreement, an anniversary Americans can take just pride for their role in facilitating this landmark accord and its promise that consensus can triumph over conflict.

"Sadly, Mr. President, this year's anniversary is marked by images of violence in Northern Ireland which we had hoped that the Good Friday Agreement had consigned to history and growing fears that we are slipping back into the dark abyss of sectarian conflict.

"In light of these events, and to protect and reaffirm America's legacy in the cause of peace in Northern Ireland, the Hibernians respectfully ask that you appoint a Special Envoy to Northern Ireland.

"The British government has repeatedly squandered the opportunity to cement the foundations of peace that the Good Friday Agreement laid by failing to fulfill its obligations under the Agreement and subsequent accords. Two decades on, there is still no bill of rights for Northern Ireland; the promised parity of esteem for all traditions remains elusive for those who wish to express their identity through the medium of the Irish language.

"Most egregiously, the advance towards peace by the Northern Ireland community is still encumbered by being shackled to the far too numerous corpses of the past, shackles that can only be opened by the keys of transparency and full disclosure, which Britain still refuses to provide.

"Among the most ardent supporters of Brexit was the DUP, the only major Northern Irish party to reject the Good Friday Agreement. Hypocritically, this same DUP now claims that the 'Irish Protocol,' solely necessitated to achieve the Brexit they campaigned for, is a violation of the same Good Friday Agreement they opposed two decades ago.

"Several loyalist paramilitaries have publicly withdrawn support for the Good Friday Agreement, and Mr. Sammy Wilson MP, a senior member of the DUP, has stated, 'We will fight guerrilla warfare against [the "Irish Protocol"] until the big battle opportunity comes.'

"Americans have recently seen in our own country the effects such reckless and inflammatory speech can have.

"The Hibernians respectfully ask Mr. President that you appoint a Special Envoy to Northern Ireland who can re-energize the peace process and complete the job Senator Mitchell started two decades ago. The Good Friday Agreement is a shining example of the U.S. role in the cause of peace and a beacon of hope not only to the Irish but to people around the world mired in their own sectarian conflicts. We can not let that flickering candle of hope lit 23 years ago be extinguished. "

The AOH letter is signed by Daniel J. O’Connell, Nation President of the Ancient Order of Hibernian, and Neil F. Cosgrove, Political Action Chair. Copies of the letter were also sent to the Ambassador of the United Kingdom to the U.S., the Ambassador of the Republic of Ireland to the U.S., and members of the Congressional Friends of Ireland Caucus.