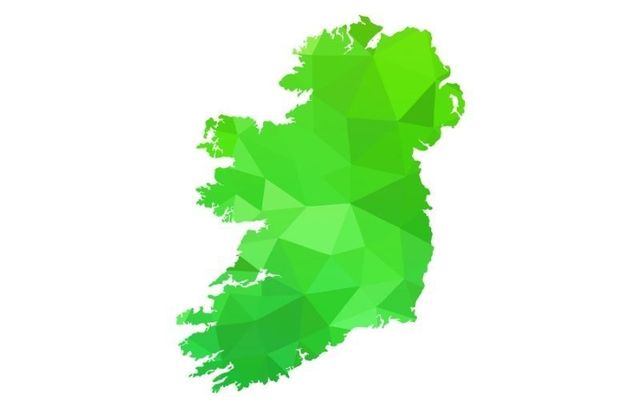 Frank Connolly has long been one of Ireland’s greatest investigative journalists, most famous for exposing the greed of corrupt Irish politicians.

Connolly, in his new book "United Nation: The Case for Integrating Ireland," has now turned his forensic investigative skills into examining the case for a united Ireland, the Holy Grail of Irish politics but a concept most often expressed in empty platitudes.

Connolly makes no bones about the underlying truth. After 100 years, Northern Ireland is a failed state. What replaces it will be the dominant story of Ireland in the next century in the same way its failure was the main story of the first 100 years.

Connolly catches the drift of history, the sudden current that has made a united Ireland much more likely than at any time. Brexit, the Northern Irish demographics, the rise of Sinn Féin, the upward trajectory of Scottish nationalism have all presaged a major opportunity. He leans in on the work of many experts, most notably Professor Brendan O'Leary of U Penn, the leading American expert on Irish nation-building and what it entails.

You can see the inexorable march of history towards what Connolly calls an "integrated Ireland" since the signing of the Good Friday Agreement with Sinn Féin now the largest political party North and South and unionism in its usual tailspin.

But Connolly does not seek to portray an easy ride. There are practical matters – dual education and health bureaucracies, dual economies actually with massive subvention long thought to be in the $10 billion yearly range –to keep Northern Ireland solvent.

That figure is down to $4 billion now after the Irish Central Statistics Office survey removed fixed costs that will continue to be shouldered by the British such as the Ministry of Defense and army installations as well as British-owed pensions.

Also, while the demographics are heavily trending nationalistic, there is no outlet to vote for a united Ireland other than a vague line on the Good Friday Agreement that the British will hold a vote only when the evidence for a united Ireland is overwhelming. There is a provision after the first vote to have one every seven years. In this regard, Sinn Féin have made clear they see the likely end of partition in 20 years or so.

But there is also one gift horse. As Connolly points out, central to the new cry for a united Ireland is the decision by the English citizenry to vote for Brexit. The fact that, numerically, Northern Ireland, Scotland, and Wales all voted against leaving Europe meant nothing, it seems, to the English nationalists.

There is nothing more provocative to Irish nationalists than little Englanders steaming ahead on their own with no regard for others. In that regard, likely next British Prime Minister Liz Truss seems ready to continue with the idiocy, saying 'No, No, No' when asked if she would consider a new referendum for Scottish independence. That won't play in Glasgow.

Brexit brought about the drive for a referendum on a united Ireland as surely as the Germans getting hammered by the Versailles Treaty helped bring on the Second World War.

As for the practicalities, some excellent points are raised by Connolly. A clanking bureaucracy on both parts of the island would be replaced by a modern system established to administer care to seven million people, doable according to experts Connolly consults. Models could be Denmark, Norway, or Sweden.

As for education, there is general agreement, Connolly says, that removing the role of the church which has kept schools religiously separated would be a massive plus, as well as the creation of a countrywide, more modern curriculum that taught both histories.

As for the parliamentary structure, Connolly envisages a fully functioning Northern Ireland Assembly in place for some time until an equal weighting of representation between the two communities is accommodated in a permanent institution. Fair and balanced institutions should be possible to create via the European Union.

There would be strong sentiment for a single tourism body, agriculture policy, policing (a tricky one), and transportation facilities on an all-Ireland schedule.

Ian Marshall, former unionist member of the Irish Senate, made clear to Connolly what unionists want to see – a rock-ribbed commitment that living in a united Ireland would be far more advantageous, rather than, say, a blunt message that we are introducing a united Ireland, like it or lump it.

In other words, a “Brits Out” message would be a grave mistake. Unionism would need a sense of their culture and identity enshrined in a new constitution which would be inviolable. As stated, Citizen assemblies, so successful in the south on issues such as abortion and gay rights, could be constituted for thorny issues.

Connolly has much more to say and his book makes invaluable reading. We hear the cliches and the catch-cries about a united Ireland all the time. This book has the effect of a cold shower, invigorating and forcing the focus on where it belongs, the long hard road ahead until a real united Ireland can be created.

*This editorial first appeared in the August 3 edition of the weekly Irish Voice newspaper, sister publication to IrishCentral.