According to one Sinn Fein representative, a united Ireland is in sight after the Brexit disaster and Irish America has a vital role in making it happen. 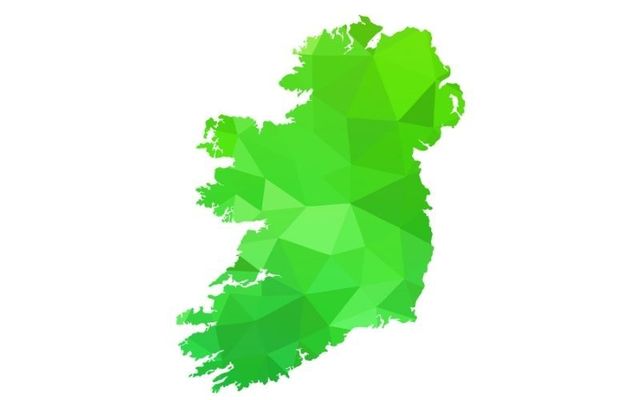 The US would have a role in a united Ireland. Getty Images

In January last year, John Finucane and I were in New York briefing Irish Americans. The week previously, both governments and all parties had signed an agreement to re-establish the institutions of the Good Friday Agreement. We had traveled to Washington and New York to brief lawmakers, Irish America, and Sinn Féin supporters.

The Agreement promised a New Decade and New Approach. It provided for language rights, investment, and a commitment by the British Government to legislate for the rights of all victims including those killed by the British state.

Coronavirus was a story from the other side of the world; it was a  tsunami that had yet to reach our shores.

Leo Varadkar had called an election and Sinn Féin were confident of making gains.

Progress had been made on Brexit. Under pressure from the United States Congress and the EU, the British Government had signed a Withdrawal Agreement and the Irish Protocol. This agreement would prevent the imposition of a hard border on the island of Ireland and go some way in protecting the Good Friday Agreement from the chaos of Brexit.

Optimism was in the air. But an optimism tempered by experience.

How could it not be? We were sitting with John Finucane, whose family had been promised a public inquiry into the killing of his father. Twenty years on and his family were forced to pursue the British Government through the courts to honor their agreement.

John is emblematic of the changes in the North. A month earlier, John had been elected MP for North Belfast. The seat once held by Edward Carson, the father of modern Unionism. A safe Unionist constituency since the foundation of the state. Belfast, the unionist capital of the Northern state now reduced to one unionist MP out of four. For the first time, a Westminster election had returned a majority of non-unionist MP’s from across the north.

This was not a one-off election result. Unionism is now a minority in the Assembly at Stormont.

Sinn Féin had a record election in the South. Becoming the largest party by vote share. Fianna Fáil and Fianna Gael set aside almost one hundred years of opposition to each other to form a government. Held together shared aim of excluding Sinn Féin from power. In another first, Mary Lou McDonald, the Sinn Féin President, became the first woman to lead the official opposition in Dublin.

Coronavirus came and wreaked havoc and death on all nations.

So what are the lessons of the past year?

Brexit has fundamentally changed the relationship between the island of Ireland and Britain. With changing trade comes changing politics. The choice? A future tied to Westminster or an all-Ireland Government and membership of the EU. Irish unity is now a live option for non-nationalists.

The US is a player in this peaceful transformation. The principle of democratic change is fundamental to the Good Friday Agreement. It is agreed. It is not contentious.  To deny or stall a unity referendum is to undermine this principle. The US has always called for the full implementation of the Agreement. It is now time to call on the British Government to set a date for a unity referendum.

The last year has demonstrated is how small our world is, how interdependent we all are, and the importance of friendship. Zoom is good but, nothing beats being there.

This virus will be managed, and the world will not be the same, but perhaps we can make it better.

As Gerry Adams said, “You could be the first generation of Irish Americans to return to United Ireland."