Irish and Irish American leaders are urging Biden to keep the pressure on Johnson about Northern Ireland during the upcoming G7 Summit in the UK. 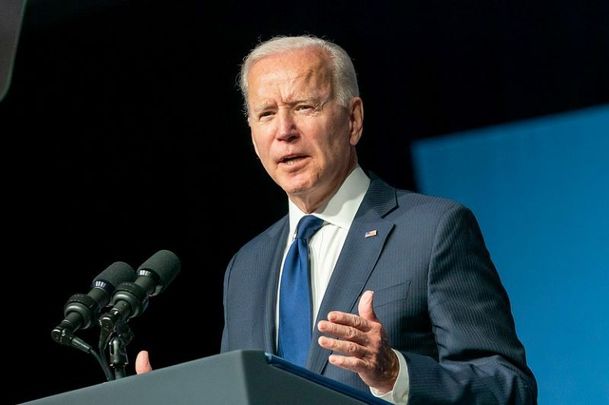 US President Joe Biden is set to put the pressure on UK Prime Minister Boris Johnson regarding the Northern Ireland Protocol when the two meet later this week during Biden’s first official trip overseas as president.

The two leaders will meet this Thursday, June 10, in a bilateral meeting that will "affirm the enduring strength of the special relationship between the United States and the United Kingdom," according to The White House. The G7 Summit will follow on June 11 - 13 in Cornwall.

Biden is expected to defend the deal as it’s seen as a way to maintain peace in Northern Ireland and protect the integrity of the Good Friday Agreement, of which the US is a guarantor.

Biden will additionally warn Johnson that if the matter remains unresolved, it could threaten US-UK trade relationships.

However, Biden will reportedly urge the EU to be more flexible and less bureaucratic in its approach to the implementation of the agreement.

The Times further reports that Biden is understood to have been lobbied by the Irish government to intervene.

“The administration is now convinced that the protocol has to be made to work and is integral to the peace process,” a senior diplomatic source told the British publication.

The Committee, which was formed just over two years ago, has in the last six months met with the leadership of almost all the political parties in Northern Ireland as well as leaders of the business community and civic society. Most recently, it met with community workers on the frontline including Loyalists trying to keep the peace at the interface.

Congressman James Walsh, a co-chair of the Committee, said: “The President should use this opportunity to inform the Prime Minister that he will be appointing a Presidential Envoy to demonstrate our ongoing commitment to protecting the GFA.

“Twenty-three years after the signing of the Agreement, significant gaps remain: A Civic Assembly has never been stood up, little progress has been made in creating a Bill of Rights, and we remain deeply concerned that the various strands of the GFA (East/ West & North/South) are being disregarded or willfully boycotted in protest over the Protocol.

“The civic, business and human rights communities in Northern Ireland tell us that they increasingly look to the United States for leadership to protect the GFA.”

Walsh continued: “We have been in touch with senior officials at the White House and have conveyed our views. We are increasingly concerned that the GFA is becoming collateral damage as a result of Brexit and the ongoing disputes over the Northern Ireland Protocol.

“The 25th Anniversary of the GFA will take place in 2023 and the four major parties that guarantee its success ( the United Kingdom, Ireland, the United States as well the European Union) must be in a position together to demonstrate that they have fulfilled its many promises to all the people of Northern Ireland;  that is not the case today.”

Congressman Bruce Morrison, the other co-chair of the Ad Hoc Committee, said: “A precondition of a Free Trade Agreement (FTA) between the U.S. and the U.K. is totally dependent on fulfilling the GFA in all its dimensions

"The short-term politics of placating opponents of the Protocol is ultimately a long-term disadvantage in seeking approval of an FTA in Congress. Failure to fully implement the GFA could create an insurmountable obstacle to getting an FTA through Congress.

“We urge good faith action on the remaining unfulfilled goals of the GFA. We encourage the President to be emphatic in his request that the Prime Minister fulfill his obligations under the GFA. “

Morrison continued: “Congress has made it absolutely clear that it will not tolerate backsliding when it comes to fulfilling the GFA.

"A recent House Foreign Relations Committee hearing coupled with a recent bipartisan Senate Resolution make it abundantly clear that the Congress is unified on this issue. The Senate Resolution was also quite specific in encouraging full and prompt implementation of the Protocol and addressing legacy issues.”