Joe Biden warns the British that a US-UK trade deal after Brexit is dependent on respect for the Good Friday Agreement. 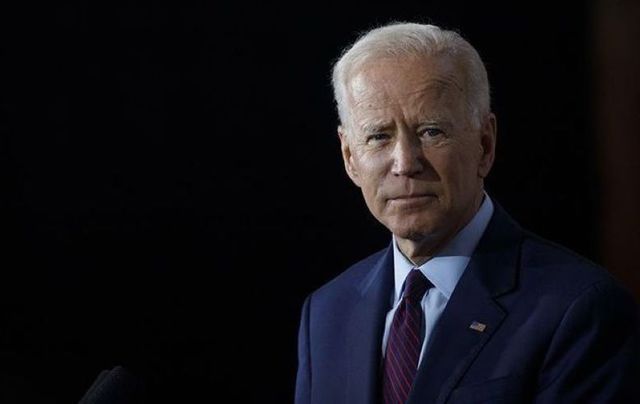 A US-UK trade deal after Brexit is dependent upon "respect for the Agreement and preventing the return of a hard border," Biden says.

Joe Biden, the Democratic nominee in the upcoming US Presidential Election, has joined in with other top-ranking Democrats in warning the British against threatening the Good Friday Agreement.

As a guarantor of the 1998 Good Friday Agreement, the US has a vested interest in the protection of the historic peace-making accord.

In a tweet on September 16, the same day that UK Foreign Secretary Dominic Raab was visiting the US, Biden said “We can’t allow the Good Friday Agreement that brought peace to Northern Ireland to become a casualty of Brexit:”

Biden was responding to an earlier tweet from the US House Foreign Affairs Committee about Representative Eliot Engel’s bipartisan effort that calls upon the UK to honor the Good Friday Agreement while negotiating Brexit.

The letter, which can be read in its entirety here, says in part: “As you know, we stand with millions of Americans who support the achievement of the Good Friday Agreement and feel personally invested in ensuring peace in Northern Ireland.

It adds: “We appreciate the challenges that your country faces as it stares down the October 15th deadline for a negotiated agreement – but an Ireland divided by a hard border risks inflaming old tensions that very much still fester today and undoing decades of progress that the United States, Republic of Ireland, and United Kingdom achieved together.”

Representative Richie Neal, the head of the Ways and Means Committee who also sits on the Friends of Ireland Caucus, thanked Biden for speaking out:

Thank you @JoeBiden for lending your voice to this important cause. We cannot lose sight of the importance of the Good Friday Agreement. https://t.co/yAi0jtXe2t

Shortly after Biden’s tweet on Wednesday, US Speaker of the House Nancy Pelosi issued this statement following her meeting with Secretary Raab: “The Good Friday Agreement is the bedrock of peace in Northern Ireland and a beacon of hope for peace-loving people throughout the whole world.  Whatever form it takes, Brexit cannot be allowed to imperil the Good Friday Agreement – the stability brought by the seamless border between the Irish Republic and Northern Ireland.

“In our meeting today with the Foreign Secretary, Chairman Richie Neal and I welcomed his assurances but reiterated the same message that we delivered to the leaders of the U.K. in London last year: if the U.K. violates its international agreements and Brexit undermines the Good Friday accord, there will be absolutely no chance of a U.S.-U.K. trade agreement passing the Congress.  The Good Friday Agreement is valued by the American people and will continue to be proudly defended in the United States Congress.”

Less than a week ago, Pelosi issued a similar statement when news emerged that Prime Minister Johnson was about to introduce legislation, the Internal Market Bill, that could potentially threaten the already agreed-upon Brexit Withdrawal Agreement.