British Brexit strategy “no way to do business,” Taoiseach says

The British Government introduced the Internal Market Bill which could have ramifications for the Good Friday Agreement. 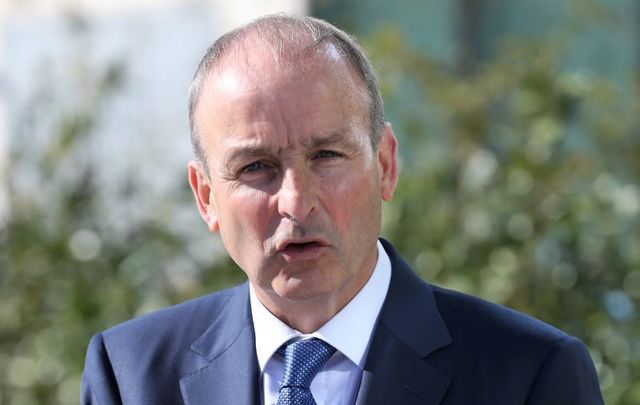 Taoiseach Micheál Martin has claimed that the British Government's apparent attempt to renege on the Brexit Withdrawal Agreement is "no way to do business".

The Taoiseach also warned Boris Johnson against "playing politics" during the Brexit negotiations.

Martin was speaking on RTÉ's The Week in Politics after Boris Johnson's Conservative Government introduced the Internal Market Bill in British Parliament. If signed, the bill would go against the Withdrawal Agreement signed by the EU and the UK earlier this year and potentially violate the Good Friday Agreement.

The bill seeks to protect trade between England, Wales, Scotland, and Northern Ireland and would potentially result in the installation of customs checks along the Northern Irish border.

However, Martin warned the British Government that the EU's response to the Internal Market Bill would be "firm and strong".

"Whatever ploy or strategic approach is intended for the UK side, will be met with a very measured, firm and strong response from the European Union side," Martin said.

He pledged that there would be no return of a hard border in Northern Ireland.

He told The Week in Politics that the British Government's behavior was "no way to do business" and said earlier in the week that he was not optimistic about a Brexit deal since the bill had been introduced.

Speaking on #rtetwip, Taoiseach @MichealMartinTD says there will be no hard border and that the EU is steadfast behind Ireland. Rebroadcast tonight at 2200 on @rtenews and @rteone at 2300. pic.twitter.com/JEwLB2ZRbs

Boris Johnson has set an October 15 deadline for the UK and the EU to reach an agreement on trade. If no deal can be reached, Johnson has claimed that the UK will "move on" and leave the EU with no deal in place.

Johnson has faced criticism from all quarters over the proposed Internal Market Bill, with senior figures in the Labor and Conservative parties both condemning the proposal.

Blair and Major penned an open letter in the Sunday Times, claiming that Johnson's tactics were "irresponsible, wrong in principle, and dangerous in practice".

The former Prime Ministers claimed that the Internal Market Bill would damage both the Northern Irish Peace Process and any future trade deal with the EU.

"It raises questions that go far beyond the impact on Ireland, the peace process and negotiations for a trade deal - crucial though they are. It questions the very integrity of our nation," they wrote in the Sunday Times.

They said that Boris Johnson and the Conservative Government were embarrassing the UK on the international stage and claimed that the proposed bill casts serious doubt over the Good Friday Agreement.

"The government seeks to do so [break an international treaty] by the extraordinary pretense that breaking international law is necessary to 'save the Good Friday agreement', which has given us peace in Northern Ireland for more than two decades and utterly changed the relationship between the UK and its nearest neighbor, the Republic of Ireland.

"We disagree. The government's action does not protect the Good Friday agreement - it imperils it."