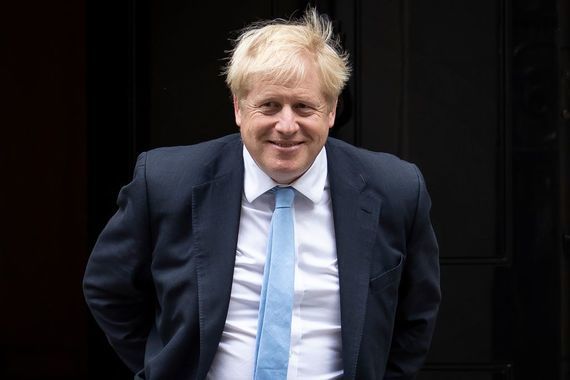 Britain is set to collapse the deal on Brexit and the Irish border with the European Union which could well have the impact of a return to a hard border between Northern Ireland and the Republic of Ireland.

The EU and Britain are currently in negotiation on all other issues concerning British withdrawal from the EU and the new statement had the impact of a bombshell.

The Guardian reports that “(British Prime Minister) Boris Johnson is drawing up legislation that will override the Brexit withdrawal agreement on Northern Ireland, a move that threatens the collapse of crunch talks which the prime minister has said must be completed within five weeks.”

The British government appears to be going for a complete break with the EU with no agreed framework of withdrawal. The EU and Britain have been conducting intricate talks to bring about an agreed withdrawal but Prime Minister Boris Johnson now seems likely to walk away with no deal causing a huge crisis on the Irish border.

According to reports,  if no agreement is reached before the deadline, the UK will “move on” and accept that a deal cannot be struck, Johnson will say, adding that no deal would be a “good outcome”

“There is no sense in thinking about timelines that go beyond that point,” he will say. “If we can’t agree by then, then I do not see that there will be a free trade agreement between us, and we should both accept that and move on.”

Irish Minister for Foreign Affairs Simon Coveney on Twitter, referring to the threat of undoing the border deal stated that it would be “a very unwise way to proceed”.

The Irish government hopes the British hardline is an attempt to negotiate better terms rather than an ultimatum.

However, Johnson has named October 15th as the day the British will withdraw if there is no agreement by then, a very short time span.

The UK government is set to publish a hardline bill on Wednesday that will seek to intentionally remove parts of the withdrawal agreement signed in January. The Financial Times reports that it will include removing elements of the special arrangements for Northern Ireland that are legally binding.

The bill, called the Internal Market Bill, will undermine parts of the withdrawal agreement and give priority to seamless trade between England, Wales, Scotland, and Northern Ireland.

Some clauses will override parts of the Northern Ireland Protocol agreed last year, paving the way for a return to a hard border.

Under the Protocol, the EU will be able to oppose any UK Government subsidy in Northern Ireland under EU competition rules which ensure a level playing field among all member states.

The Internal Market Bill would override this clause and force UK courts to follow the new UK law rather than last year's EU deal.

However, British Government sources stressed that the move is a "fallback option" in the event that Brexit negotiations prove unsuccessful.

A UK government source told The Guardian the plan “was part of the preparation for a no-deal exit that would present a number of new barriers to trade from Northern Ireland – and accepted that the move was likely to blow up at the negotiations this week.”

According to the BBC, the January deal, an internationally binding document,  stated that after Brexit,” Northern Ireland will be outside the EU while the Republic of Ireland will remain inside.”

“But the UK and EU agreed this should not lead to new checks or controls on goods crossing the border between the two parts of Ireland.”

Meanwhile, the “Border Communities Against Brexit”  group appealed for American help to keep the agreed deal in place.

Their statement said, “It is utterly unacceptable that an International Treaty could be deliberately torn up, in the full knowledge that the consequences would mean a Hard Border on the Island of Ireland and the havoc that would entail.

"The EU must stand solidly behind its member state, Ireland, and BCAB will also be contacting senior figures in the United States to ensure that there would be no UK / US Trade Deal in these circumstances.”