If Biden beats Trump in November, he will likely side with Irish interests amid Brexit, writes Mark Landler for the New York Times. 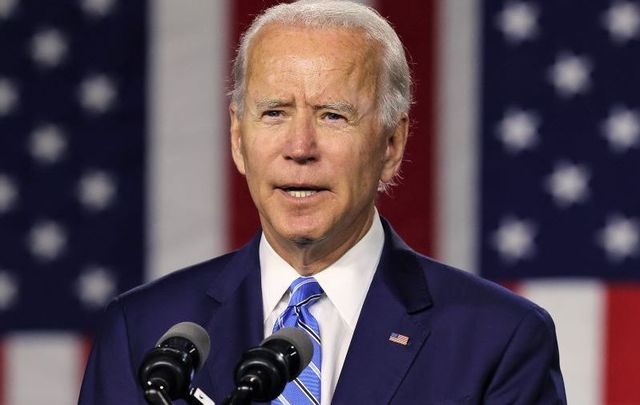 A Biden presidency could be an "unsettling prospect" for the UK, says the New York Times.

With polls beginning to favor Senator Joe Biden over incumbent President Donald Trump in the upcoming presidential election, Mark Landler, writing for The New York Times, discusses how a Biden presidency might be “unsettling” for the UK, who has been working hard to impress Trump.

Landler writes: “If Mr. Biden wins in November, Britain would face a president who opposed Brexit, would look out for the interests of Ireland in a post-Brexit Europe, and would have little motive to prioritize an Anglo-American trade deal.”

Landler notes that the UK is but one of a few countries that have actively worked to impress President Trump and the prospect of a Biden presidency to some in the UK is “unsettling.”

Peter Westmacott, a former British ambassador to the United States, told Landler: “It will not be lost on Biden that the last two British prime ministers went out of their way to be nice to and about Trump.

“He is instinctively comfortable with Brits, but London will have to work on the relationship.”

Brexit could also become a potential issue in a Biden presidency. While Trump endorsed the UK's exit from the EU, Biden did not. Landler writes that in October 2018, Biden, while speaking in London, said: “Had I been a member of Parliament, had I been a British citizen, I would have voted against leaving.

“U.S. interests,” Biden added, “are diminished with Great Britain not an integral part of Europe.”

Landler says that “as far as Brexit goes,” Biden’s “primary concern is likely to be the preservation of the Good Friday Agreement, the Clinton-era accord that ended decades of sectarian strife in Northern Ireland.”

Westmacott further noted: “If the U.K. ends up with a no-deal or other Brexit outcome which is bad news for Ireland, he will not be impressed.”

Not everyone is too concerned though, as Landler points out. Tom Tugendhat, a Conservative member of UK Parliament and chairman of the Foreign Affairs Committee who has spoken with Biden’s advisers, said: “It’s part of the job for American presidents to get along with prime ministers.”

Despite this, Landler says, there are still “potential landmines,” notably Northern Ireland.

“A devoted Irish-American, Mr. Biden will fiercely defend Ireland’s interests, as will his allies in the Democratic Party’s Irish lobby on Capitol Hill,” Landler writes, adding that “in speeches, Mr. Biden’s go-to literary reference is from ‘Easter 1916,’ a poem by the Irish poet William Butler Yeats about the Irish uprising against British rule.”

How do you think Biden, if he wins this year, will respond to Brexit and the US relationship with the UK? Let us know in the comments, below.