As Special Envoy to the US on Northern Ireland, Trevor Ringland will be tasked with promoting Northern Irish interests in Congress, the Biden Administration, and the Irish-American community. 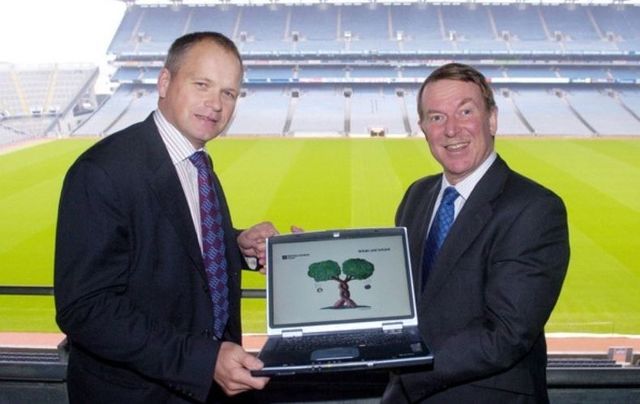 The British Government has appointed the first-ever Northern Irish Special Envoy to the United States to promote Northern Irish interests across America.

Trevor Ringland, a former Irish rugby player, will be tasked with promoting Northern Irish interests in Congress, the Biden Administration, and the Irish-American community.

The Belfast-born solicitor and activist will also be responsible for working with US firms and investors with a specific interest in Northern Ireland.

"The creation of this new post reflects the UK Government’s enduring commitment to the peace, prosperity, and stability of Northern Ireland," the UK government said in a statement.

"It will support the Government’s vision for Northern Ireland, built on its promotion as an excellent place to live, work and do business."

"I am honored to take up this role on behalf of the UK Government," Ringland said in a statement.

"I very much look forward to supporting the Secretary of State for Northern Ireland in ensuring the UK Government’s policies on Northern Ireland are well represented to US audiences and playing my part in forging deeper political, social, and economic ties between our two countries."

Secretary of State for Northern Ireland Brandon Lewis, who appointed Ringland to the role, said that the appointment recognized the "unique" relationship between Northern Ireland and the United States.

"I am delighted that Trevor has accepted my invitation to take up this position to represent the UK Government in Northern Ireland, working to support its best interests in the United States," Lewis said.

However, Sinn Féin strongly criticized the appointment, stating that Lewis had unilaterally appointed Ringland to the role without consulting the Stormont Executive.

“That is not an acceptable way of doing business.

“The Executive has a permanent diplomatic mission based in Washington DC which comprises civil servants under the auspices of The Executive Office.

“It has proven to be effective and we do not need interference from the Tories in how we engage with the US administration, Congress, or the Irish-American community.

“I consider this announcement to be yet another attempt by this Tory Government to undermine devolution, locally elected Ministers, and our institutions of government."