Members of US Congress are urging Biden to appoint a Special Envoy to Northern Ireland and increase funding for the International Fund for Ireland. 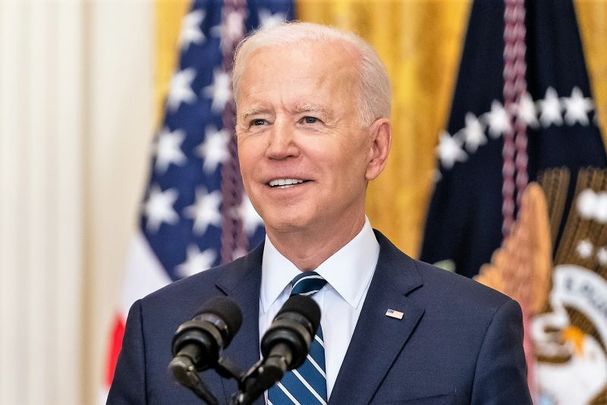 The May 13 letter, available below, specifies that the US should increase funding for the International Fund for Ireland and that the Special Envoy to Northern Ireland should have a mandate to ensure women are included in every stage of the peace-building process.

The letter follows recommendations that came out of the recent hearing that ultimately reaffirmed the Good Friday Agreement and highlighted the underlying causes of recent violence and longstanding tensions in the region.

In a "strong showing of American support for peace and stability in Northern Ireland," twenty-five members of US Congress signed the May 13 letter, including members of the Friends of Ireland Caucus and the House Foreign Affairs Committee.

Below is the letter issued to President Biden today, May 13:

We urge you to appoint a President’s Special Envoy for Northern Ireland in order to continue to support the peace process during this critical time. We believe this decision would not only demonstrate America’s enduring commitment to peace in Northern Ireland but would directly encourage regional peace and stability.

In 1998, representatives of political parties in Northern Ireland and the UK and Irish governments signed the Good Friday Agreement in an historic effort to end nearly 30 years of violence and conflict. After extensive negotiations, chaired by former U.S. Senate Majority Leader George Mitchell and with support from your predecessor President Bill Clinton, the Good Friday Agreement institutionalized peace in the region and established a framework for a devolved power-sharing government and cross-border cooperation. Most importantly, the agreement was meant to prevent a return to the horrific violence the region endured during “The Troubles.”

Twenty-three years later, peace and stability in the region have recently been challenged by the cumulative effects of the COVID-19 pandemic, tensions related to Brexit, as well as enduring local economic and social issues. Unfortunately, in late March and early April of this year, Northern Ireland saw a spike in unrest and violence that may be attributed in part to the implementation of the Ireland/Northern Ireland Protocol, a key tenant of the Brexit Withdrawal Agreement. While the Northern Ireland Assembly and all major political parties have condemned this recent outbreak of violence, the uncertainty and serious potential for violence in the future have not abated.

As we reflect on previous American efforts in the region, one of the United States’ key contributions to peace in the region was through the efforts of previous U.S. Special Envoys for Northern Ireland, including former Senate Majority Leader George Mitchell and others in successive administrations. Therefore, we ask that you demonstrate America’s commitment to peace through diplomacy by appointing a President’s Special Envoy for Northern Ireland. This appointment would confirm our commitment to our transatlantic partners and our staunch support for democracy, human rights, and the rule of law.

Further, as was made clear during this hearing, when women are involved in peace negotiations, agreements have been proven to be more effective, last longer, and the Good Friday Agreement is no exception. Understanding the importance of women during every stage of the peace-building process, we also ask that you task any future Special Envoy for Northern Ireland with a mandate to encourage the inclusion of women and ensure that their voices are heard and that they are represented at the table.

Finally, while diplomatic engagement is an essential component of enduring peace, investments in community building and integration efforts must not be forgotten. U.S. efforts that provide critical support for initiatives to further integrated education and on other issues vital to cross-community reconciliation must continue to receive our support, such as our contributions to the International Fund for Ireland. We, therefore, urge you to reflect this commitment in your upcoming presidential budget and increase funding for the International Fund for Ireland.

The Good Friday Agreement, accompanied by the efforts of community activists and leaders willing to work for peace and commit to a political framework, was essential to creating stability in the region. However, as Chairman Keating said in his opening statement at the May 5th House Foreign Affairs Subcommittee on Europe, Energy, the Environment, and Cyber hearing on the topic, “peace in Europe is not something to be taken for granted. It is a status of life that we must constantly work towards and build upon.” With these words in mind, we strongly urge you to act upon this commitment and appoint a President’s Special Envoy for Northern Ireland.