The US Senate's resolution of support for the Good Friday Agreement comes not long after the US House of Representatives also reaffirmed its support. 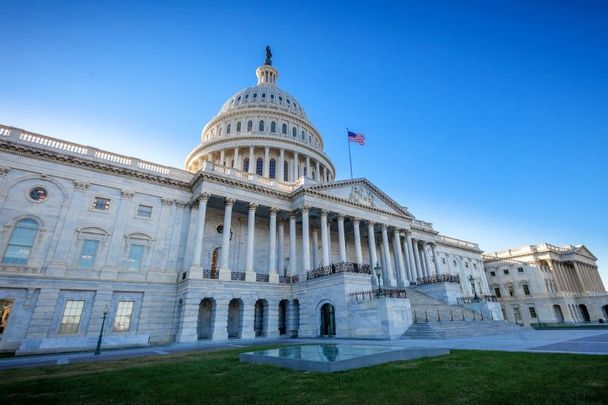 East Facade of the US Capitol Building in Washington, DC. Getty Images

The US Senate’s Foreign Relations Committee passed a resolution reaffirming its support for the Good Friday Agreement on May 17.

The resolution, S. RES. 117, expresses “support for the full implementation of the Good Friday Agreement, or the Belfast Agreement, and subsequent agreements and arrangements for implementation to support peace on the island of Ireland.”

BREAKING: the Senate just passed my resolution to reaffirm our unwavering support for the Good Friday Agreement and its full implementation. Very proud to have the Congress speak with one voice in support of accountability, reconciliation and prosperity in Ireland. pic.twitter.com/q3vIeEuKzR

The passage of the resolution comes not long after the US House of Representatives also reaffirmed its support for the 1998 agreement which, backed by the US, ushered in peace in Northern Ireland.

Introduced in March by the US Senate Foreign Relations Committee Chairman Senator Bob Menendez and Republican Senator Susan Collins, the resolution notes that “the reintroduction of barriers, checkpoints, or personnel on the island of Ireland, also known as a ‘hard border’, including through the invocation of Article 16 of the Northern Ireland Protocol, would threaten the successes of the Good Friday Agreement.”

It adds: “Congress greatly values the close relationships the United States shares with both the United Kingdom and Ireland and stands steadfastly committed to supporting the peaceful resolution of any and all political challenges in Northern Ireland.”

Further, the resolution says that any new or amended trade agreements or other bilateral agreements between the US and the UK must take into consideration the Good Friday Agreement.

15 Democratic senators and one Republican senator co-sponsored the resolution.

Ireland’s Ambassador to the US Daniel Mulhall welcomed the passage of the resolution:

Thank you @SenatorMenendez for piloting this resolution through the Senate. Congressional support for peace in Ireland continues to be vitally important and deeply appreciated. https://t.co/IJK4e9mRdh

In Ireland, Mary Lou McDonald, the president of Sinn Féin, said on Tuesday: "The Good Friday Agreement must prevail. The primacy of democracy and peace must triumph over threat and bad faith.

“The US values our agreements and political process. Last night they spoke with one voice."

I have proposed that the @OireachtasNews Good Friday Agreement Committee engage with the Senate Committee on this welcome resolution, our shared intent & the importance of upholding, defending & fully implementing the GFA.