Senators Bob Menendez and Susan Collins put forward the resolution which seeks to prevent the return of hard borders on the island of Ireland. 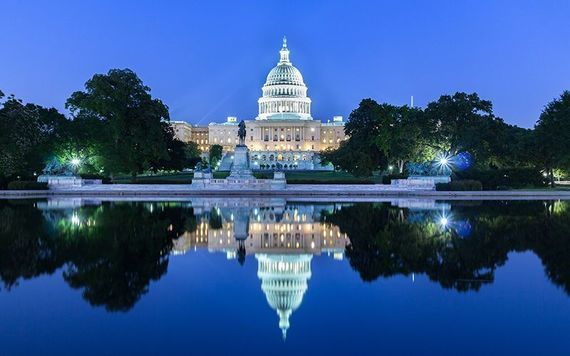 The resolution is expected to come before the Senate before St. Patrick's Day. iStock

The US Senate is preparing to unveil a resolution that will support the Good Friday Agreement in Northern Ireland ahead of Taoiseach Micheál Martin's virtual meeting with President Joe Biden on St. Patrick's Day.

The bipartisan resolution calls for the "full implementation" of the Good Friday Agreement and supports efforts to maintain peace on the island of Ireland.

The document, which has been seen by the Irish Times, states that any trade agreement between the US and the UK should depend on whether the conditions of the Good Friday Agreement are upheld.

The resolution additionally references the Northern Ireland Protocol agreed during the Brexit negotiations, noting that the protocol intends to "protect the peace forged" after the Good Friday Agreement in 1998.

The document states that the reintroduction of "barriers, checkpoints or personnel on the island of Ireland would threaten the successes of the Good Friday Agreement."

The resolution is expected to be brought before the Senate early next week before Micheál Martin's virtual St. Patrick's Day meeting with Joe Biden on Wednesday.

Biden's Press Secretary Jan Psaki said last week that the President is "unequivocal" in his support of the Good Friday Agreement after the British Government extended a grace period for agri-goods entering Northern Ireland from Britain in the wake of Brexit.

The British Government's unilateral decision to extend a grace period on red tape associated with agri-goods in Northern Ireland has escalated tensions between the UK and the EU, prompting Irish Minister for Foreign Affairs Simon Coveney to address the Friends of Ireland Caucus in Washington earlier this week.

Coveney, along with EU commissioner Marcos Sefcovic, briefed the influential group of Congress members about Britain's move to delay customs checks in Northern Ireland. Coveney also told the Caucus about the political divisions in Northern Ireland since Britain left the European Union in January.

Meanwhile, the British Government plans to send a senior official from its Northern Ireland Office to Washington to give a British perspective on the latest Brexit developments.