Pressure is growing on the British government to deliver a "clear roadmap" setting out how it will implement the Northern Ireland Protocol. 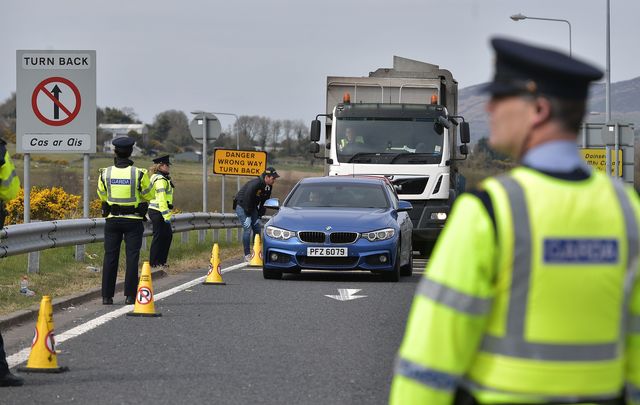 The Northern Ireland Protocol, which saw the establishment of a trade border in the Irish Sea from January 1 this year, was agreed by the EU and the U.K. during the Brexit withdrawal negotiations in an effort to avoid a hard border on the island of Ireland.

However, its implementation has to date proved contentious and problematic, with the new regulatory and customs processes now required to bring goods into Northern Ireland from the rest of the U.K., triggering lengthy delays at the province's ports, while also sparking growing unrest among unionists and loyalists at the presence of an Irish Sea trading border.

Pressure is also mounting on the U.K. from the European Commission to provide a "clear roadmap" for the implementation of the protocol.

Speaking to RTE News, he said: "I think certainly the EU side wants to get a process underway again, so that both sides are talking to each other.

"There has been some back and forth this week between the two sides so far, which is good, but I think from an EU perspective, what they're really asking for now is clarity around a roadmap, to deliver what has been committed to by the British side."

Speaking in Brussels following a meeting with senior European Commission officials, he added: "I think if there is clarity around that roadmap of delivery, then obviously the U.K. have asks as well, in terms of flexibilities, extensions of grace periods and so on, which the EU will look at.

"I think everybody wants to try to resolve these issues through dialogue and discussion, as opposed to legal action and standoffs, which has unfortunately been where we've been for the last number of days.

"Both sides are now working on trying to understand clearly what's required to get the protocol back on an even keel where both sides can be working in partnership with each other, rather than trying to outmaneuver each other, or certainly moving away from unilateral actions."

Meanwhile, a senior Democratic Unionist Party (DUP) minister has rejected a suggestion that his party is considering collapsing power-sharing in Northern Ireland in protest at Brexit's Irish Sea trading border.

In an interview with The Sunday Independent, Campbell claimed First Minister and DUP leader Arlene Foster had informed the LCC that collapsing the Executive was within her party's "thinking,” but only in the event that all other paths to ditch the protocol had been exhausted.

However, in an interview with BBC Radio Ulster, Weir rejected the suggestion, adding, "We're not and we haven't suggested bringing down the Assembly or the Executive, nor indeed was it discussed at the meeting."

Weir's comments come at a tense time in Northern Ireland, with repeated outbreaks of violence in loyalist areas of the province over a number of consecutive nights.