The Glencree Centre for Peace and Reconciliation has played a key role in building bridges between communities in Northern Ireland. 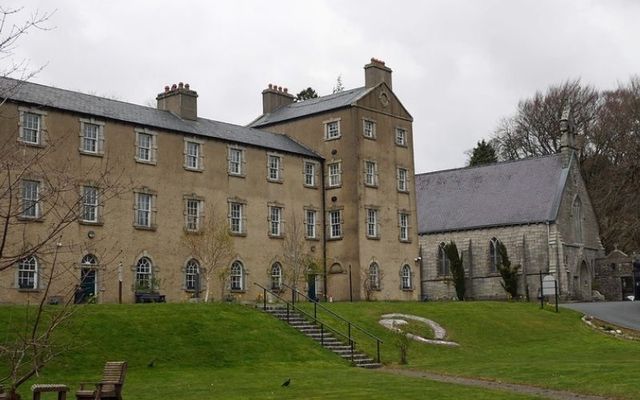 An old English military barracks in the heart of the Wicklow Mountains has played a key role behind the scenes in the Northern Ireland peace process over the past five decades, helping embittered communities in the six counties move towards peace and reconciliation.

Located in the picturesque mountain village of Glencree, the barracks was built at the turn of the 19th century to squash Irish rebels hiding out in the Wicklow Mountains in the 1798 Rebellion.

The barracks has endured a storied and multi-faceted history over the past 200 years, becoming a reformatory school for young boys shortly after the Famine before it became a refugee center for German children following the bombing of Dresden in 1945.

In 1974, the barracks entered its most recent - and arguably most important - chapter when Una O'Higgins O'Malley, the daughter of Ireland's first Minister for Justice Kevin O'Higgins, sought to build a reconciliation center for people living through the Troubles in Northern Ireland.

O'Higgins O'Malley's father had been assassinated in 1927 when she was just five months old and she spent much of her life attempting to reconcile violence as a result.

Thus, the Glencree Centre for Peace and Reconciliation was born in 1974 when violence in Northern Ireland had reached a fever pitch, offering a confidential place of respite for victims of the Troubles in a breathtaking location in the Wicklow Mountains.

O'Higgins O'Malley sought to bring people from both communities in Northern Ireland to the center where they could discuss their differences in a private and safe space.

Barbara Walshe, the current chair of the Glencree Centre for Peace and Reconciliation, told IrishCentral that the center catered for people who lived in the communities most impacted by the Troubles in Northern Ireland, allowing them to engage with meaningful discussions with people from a different background.

"It was a safe space. It was expert facilitation. It was a kind of speaking and listening, even when people felt very strongly about things. It was a place for people to hear and to listen at a time when nobody wanted to listen to anybody," Walshe told IrishCentral.

"There's no judgment. People who wanted to come, regardless of their background, could engage in peace and create the conditions for peace if they wished."

The conversations did not happen overnight and Walshe said that people would initially be very reluctant to share information or engage in conversation with members of the opposing community.

"It would be a process that happened over time. An important thing about Glencree is that it's very nature-based. People would have gone for walks to the lake. They would have walked around the back of the building. Sometimes relationships were built in informal spaces rather than the rooms."

Situated in a serene valley in the Wicklow Mountains, Glencree offers beautiful scenery and breathtaking nature walks, allowing for the "incremental" building of relationships between two communities unprepared to give an inch to the other.

The legacy of the Troubles

After the signing of the Good Friday Agreement in 1998, Glencree's role shifted toward the legacy of the conflict in Northern Ireland.

The center has hosted more than 50 confidential discussions between politicians and community and civic leaders on both sides of the border seeking to iron out contentious issues in the historic peace agreement. The center has also hosted discussions between representatives from the UK and Ireland and Walshe believes that Glencree's privacy was of paramount importance.

"People need an opportunity to think through complex issues in private before people start throwing out their first thoughts and opinions in the media," she said.

The center has also continued to work with victims of the Troubles in Northern Ireland, allowing people to discuss the lasting impacts of the violent conflict.

"What we saw in Glencree after the Troubles was the legacy of the Troubles. You had the end of the conflict. You had the peace agreement. And then suddenly, people started to talk about what had happened to them 20 or 30 years ago. It became evident from people coming to Glencree that it might have been 30 years ago, but for them, it was 30 minutes ago."

The center's role has evolved since the violent conflict in Northern Ireland came to an end, but it continues to foster and maintain relationships between nationalist and unionist communities in Northern Ireland and continues its quiet backchannel and informal diplomacy at a community and political level far away from Twitter and social media.

The center hosts discussions between schools north and south of the border from a variety of different backgrounds, allowing them to pose questions to political leaders in Ireland and Northern Ireland, while it has also launched a Women's Leadership Programme in recognition of the pivotal work that women have done at grassroots level during the peace process.

"Glencree has always had a women's program, but over the last 20 years, we have realized the huge work women do in communities.

"A lot of that work has gone unrecognized."

Walshe pointed to the lack of female representation at the top-level of the peace negotiations despite women playing a crucial role as mediators between rival gangs and communities.

"There is a very small proportion of women at the top table of peace agreements, but you will find women are the people that direct communities towards peace."

She said that the center's Women's Leadership Programme focuses on making the most out of women at grassroots level by supporting them to engage in peacebuilding processes. The program also empowers women to go into politics at some level or influence policy.

Perhaps most crucially, however, it gives women the recognition they deserve.

Plans for the future

While Walshe is understandably proud of Glencree's contribution to peace in Northern Ireland, she described the non-profit as a "forward-thinking" organization.

The center has been working with communities in Haiti and Bougainville, facilitating dialogue between local communities and violent gangs.

Glencree has also assisted immigrant communities to settle in Ireland through its inter-cultural program. Over the past four years, the program has facilitated dialogue among refugees, asylum seekers and minority communities about various aspects of Irish life, from education systems to health policy.

"They have found it really helpful," Walshe said.

Walshe also pointed to Glencree's strategic five-year plan, which is due to be published in the coming months.

The plan commits Glencree to peace and reconciliation on the island of Ireland and additionally calls for a state-of-the-art center for conflict resolution. The organization also hopes to raise awareness of the complexity of Northern Ireland in the Republic of Ireland over the next five years; something that Walshe believes will be crucial if a border poll takes place.

"I think it [raising awareness] is crucial," Walshe said. "It's unfair and short-sighted to ignore the concerns of the unionist community. It's more important than ever that the Republic of Ireland really engages with this and understands the complexity of Northern Ireland.

"There are nearly one million people who identify as British and that identity will have to be accommodated. If a border poll returns a 51-49 result, we have seen across the water what a close referendum like that has caused over the past four years."

Walshe believes that forgiveness and reconciliation in forging peace on the island of Ireland and said that Glencree stands as a symbol of hope in the quest for an end to violent conflict.

"Una O'Higgins O'Malley said a long time ago ‘that we need to forgive each other for all the harm we have caused to each other on this island over the centuries and create a shared home'. Glencree stands for that possibility."