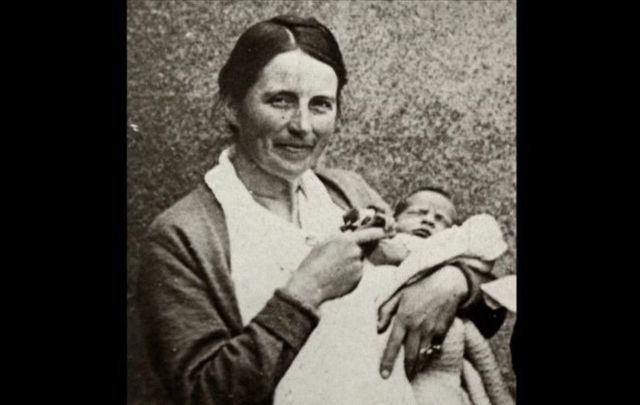 “Kathleen Lynn: The Rebel Doctor" is an Irish documentary that tells the previously unknown story of an extraordinary Irish woman.

Kathleen Lynn was born in County Mayo in 1874 into a wealthy Protestant family. As a young woman, she was deeply affected by the abject poverty and disease that ravaged the lives of local people in the aftermath of the Great Famine.

At just 16 years of age, she decided to become a doctor. In 1919, she established and founded St. Ultan’s Children’s Hospital, an initiative that helped to lower the infant mortality rate in Ireland.

She was also politically active and served in Connolly’s Irish Citizen Army in 1916, was involved in the Suffragette movement, and served as Sinn Féin executive and as a TD.

Directed by Sé Merry Doyle of Loopline Films, The Rebel Doctor charts the astonishing life and legacy of Dr. Lynn one of the great humanitarians of 20th century Irish history.

“Kathleen Lynn: The Rebel Doctor" is part of The Loopline Collection Volume 1.

About the IFI’s Loopline Collection Volume 1

Since its foundation, Loopline has been at the heart of Irish independent broadcasting, creating a wealth of important and diverse material on topics such as folklife, ethnology, architecture, art, literature, and inner-city life.

The subjects explored by Loopline were chosen by Merry Doyle for their cultural and social importance. This first tranche of The Loopline Collection covers key areas of Irish history and arts, and contains a wealth of stunning images revealing everyday Irish society in urban settings.

The focus of the filmmaker is on national identity in a changing world and Sé Merry Doyle set up Loopline Film with the specific intention of making creative documentaries that would endure and stand the test of time.

The collection contains a large quantity of urban material that chronicles the changing landscape of Dublin, its buildings, and its citizen’s ways of life. The films include such historically resonant images as the clearance of slums, the closure of traditional markets, and tragic accounts of young teenagers dying from the heroin epidemic of the early ’90s.

Portraits of artists, architects, writers, and poets are also a cornerstone of the collection with riveting interviews with the very best artistic talent in the country. Patrick Kavanagh, John Montague, Hugh Leonard, James Gandon, Jennifer Johnston, Doris Lessing, John Henry Foley, Eavan Boland, Brendan Kennelly, and Joseph O’Connor are but a fraction of those featured.

“Kathleen Lynn: The Rebel Doctor" is published here with thanks to the Irish Film Institute (IFI), who IrishCentral have partnered up with throughout 2021 to bring you a taste of what their remarkable collection entails. You can find all IrishCentral articles and videos from the IFI here.