The Irish Film Institute's IFI International streaming service will bring Irish film into homes across the world, in association with partner film festivals. 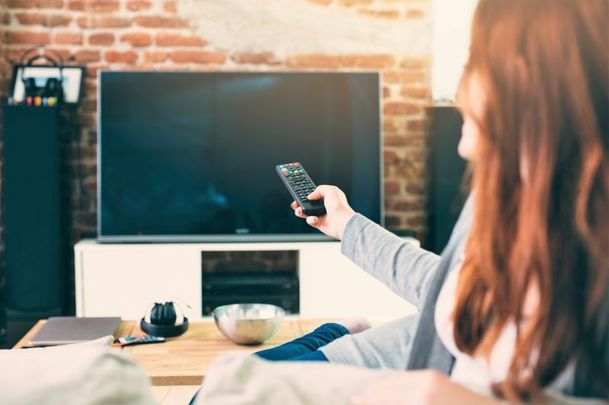 As communities around the world prepare for their socially distanced St. Patrick's Day celebrations, the Irish Film Institute is delighted to announce the launch of a brand new platform to bring the best of Irish film to homes across the globe.

Films confirmed to screen as part of various festival programmes include hit documentaries The Hunger: The Story of the Irish Famine, The Lonely Battle of Thomas Reid, and The Man Who Wanted to Fly, alongside Tom Sullivan's Arracht, Cathy Brady's Wildfire, Phil Sheerin's The Winter Lake, Paddy Slattery's Broken Law, Paddy Breathnach's Rosie, Shelly Love's A Bump Along the Way, and Aoife Crehan's The Last Right.

Other festivals scheduled to host their programmes on the site include the Oulu Irish Festival (Finland) in September/October, and the Irish Film Festival Australia, which is due to be held later in the year.

After creating an account, users will be to browse films that are available in their region that can be rented on a "per film" basis - there are no monthly subscription fees. Tickets are sold in the local currency of each festival. You can learn more about how IFI International and its associated app work here.

Commenting on the launch of the new site, IFI Head of Irish Film Programming Sunniva O'Flynn said, "We are indebted to Culture Ireland for their support which allows us to share this new digital platform with our international partners, enabling them to retain loyal audiences during the current cinema closures.

"IFI colleagues have worked tirelessly to secure an impressive range of new Irish titles for the platform so that festivals across the world can present the best of Irish feature, documentary, and short film work in exciting cultural contexts."

Ross Keane, IFI Director, commented, "At a time when many Irish people abroad are unable to travel home, and as global audiences look to engage with Ireland's rich cultural expression during our national holiday, we are particularly proud that IFI International will allow audiences right across the world to enjoy the best of Irish cinema from their own homes.

"We are grateful to Culture Ireland for their invaluable support on this important strategic initiative, and wish our partner festivals in the US, Canada, Serbia, Luxembourg, and Italy every success."

Christine Sisk of Culture Ireland added, "Culture Ireland, through our partnership with IFI, works with many international festivals and partners to present Irish film worldwide. This new digital platform will increase the reach of Irish film globally at a time when our online international cultural connections are more important than ever."

For more details about each of the partner festivals now available on the IFI International site, please see:

About the Irish Film Institute (IFI)

IFI is principally funded by the Arts Council. IFI International is supported by Culture Ireland.