RTÉ's "The Hunger: The Story of the Irish Famine" documentary has drawn a strong reaction from viewers in Ireland. 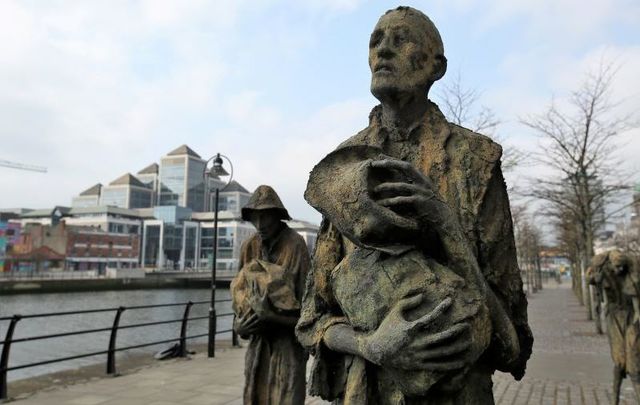 People in Ireland have taken to Twitter to respond to RTÉ’s new two-part documentary “The Hunger,” narrated by Liam Neeson, which was released to mark the 175th anniversary of the Great Irish Famine.

In that period, more than one million people died in Ireland while a further two million left the country to go abroad. Today, Ireland is the only country in the western world with a population lower than it had in the 1840s, according to RTÉ.

"In the 7 years of the Famine more than half a million people were evicted from their homes."#TheHunger - The Story of the Irish Famine concludes tonight at 9.35pm pic.twitter.com/TDrWBmTlVz

The new documentary, described as "a challenging, in-depth, and comprehensive assessment of the worst humanitarian disaster of the 1800s," is presented by Tyrone Productions and Create One with RTÉ and ARTÉ, in association with University College Cork and the Atlas of the Great Irish Famine.

Both episodes of “The Hunger” have now aired and people in Ireland have flocked to Twitter to share their impressions:

The superb ‘Hunger’ documentary must be seen by everyone - including those who dismiss Ireland’s ‘famine’ being defined as a ‘genocide’. We learned instead the word ‘geno-slaughter’ - ‘murder that lacks the planning and official hallmark of genocide’. #TheHunger #Genoslaughter pic.twitter.com/A3zphOoIij

Just watched the second part of #TheHunger. It's a gut punch. Essential viewing.

Me watching the last episode of the Hunger.
The British empire was just pure, pure evil.
Harrowing and enraging. #TheHunger https://t.co/joVxxsz9KS pic.twitter.com/5BrdIFXwer

As you would suspect #theHunger on @RTÉOne is an essential but upsetting watch. I go from saying God love them one second to God forgive them the next. Brilliant Doc but tough watch. #thefamine #remenber

Liam Neeson’s narration of the Story of The Irish Famine coupled with the emotive and evocative imagery makes #TheHunger enthralling and disturbing viewing. pic.twitter.com/JaQHkOIGia

Poignant, emotive and evocative insight into the human faces and lives of the Great Famine. Liam Neeson’s narration coupled with the amazing imagery makes #thehunger a much-watch! pic.twitter.com/faLJ4neMEh

#TheHunger is superbly put together so far - an utterly harrowing watch that makes establishment Ireland's obsession with not offending the British, all the more baffling and embarrassing.

Watched #TheHunger tonight mainly because I've just been studying Famine with younger son for Junior Cert. Despite that trigger warning, it left me furious and incredulous and bereft. @RTÉ I hope you sell this to @BBCOne I honestly think most people in UK still have no idea.

The Hunger on RTÉ One just now was incredibly powerful.