Take a tour of 1969 Ireland with this video, "Céad Míle Fáilte", from the Irish Film Institute. 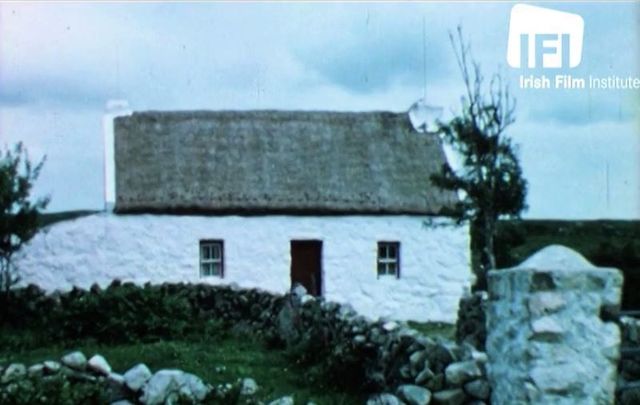 The Irish Film Institute shares "Céad Míle Fáilte," which was presented by the Irish Tourist Board in 1969.

“Céad Míle Fáilte” has been preserved by the Irish Film Institute as part it's Bord Fáilte Film Collection.

The IFI says that “films made for Bord Fáilte provide not only a beautiful record of Ireland’s landscape and topography throughout the 20th century, but also serve to illustrate the development of the Irish tourist industry and the image that ‘brand’ Ireland was endeavouring to project, as it marketed itself as an international tourist destination.”

Speaking about the film, the IFI says: “The Irish title translates as One Hundred Thousand Welcomes and that is what awaits the visitor to Ireland in this short film produced by the Film Unit of the National Bus Companies and presented by the Irish Tourist Board.

“Opening with a 1916 rebel singalong in “the smoke-filled atmosphere” of the Dublin’s Abbey Tavern, the film then begins a pleasant bus journey winding through a host of sun-washed Irish towns and villages and happens upon a wealth of historic ruins dating back to early Christian times.

“Céad Míle Fáilte presents a warm and welcoming country and promotes the joys of exploring it on a comfortable and efficient Irish bus.”

The video is published with thanks to the Irish Film Institute (IFI) and with kind permission of Fáilte Ireland. You can find all IrishCentral articles and videos from the IFI here.