"Songs of the Emerald Isle," available now from The Irish Film Institute, is the perfect pre-St Patrick's Day treat. 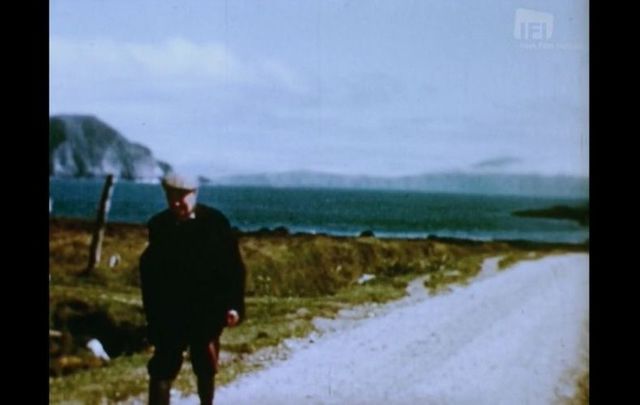 "Songs of the Emerald Isle," an Irish travelogue from 1955,  is available to watch for free on the Irish Film Institute's IFIPlayer as part of their St. Patrick's Day Collection.

This short film "Songs of the Emerald Isle" presents five much-loved Irish airs and ballads against a backdrop of the Irish landscape.

These songs of yearning and nostalgia are illustrated with images of Irish Travellers, fishermen, foresters and farmers, ancient monuments, rich farmlands, seascapes, and the River Shannon.

In Cavan, the Power Dancers and Ulster champion Marie McCluskey perform jigs and reels in a schoolyard accompanied by an accordion player.

This digital copy has been created from the sole print of the film preserved in the IFI Irish Film Archive collection.

The original 16mm print was clearly much-loved and often screened and shows some signs of wear and tear including occasional slight picture jumps and audio gaps, which the IFI hopes will not affect your enjoyment of the film.

For centuries Saint Patrick, the patron saint of Ireland, has been revered as the founder of Christianity in Ireland. Today, his feast day on 17 March is a day inextricably associated with national identity as Ireland and Irishness are celebrated throughout the world in a colorful slate of cultural and religious events.

This varied compendium of films illustrates St Patrick’s life and legacy, and the traditions that honor him. It includes early newsreels of shamrock-bearing colleens during World War 1; filmlets about St Patrick’s childhood haunts in Co Down and Croagh Patrick, site of annual pilgrimage; a record of nationwide activities during the Patrician Year in 1961; historical pageants in the 1950s; colorful parades in the 1980s; and a melodious collection of St Patrick’s staples sung by Bing Crosby and friends.

The IFI is delighted to present this archive collection for, as the narrator tells us in Saint Patrick’s Country (1935), “though Patrick died more than 1600 years ago, his memory is still fresh in Irish hearts.”

The video below is published with thanks to the Irish Film Institute (IFI), which IrishCentral has partnered up with to bring you a taste of what their remarkable collection entails. You can find all IrishCentral articles and videos from the IFI here.