Brexit sees drop in imports to Ireland from Britain

Brexit has been blamed for a slump in Irish imports from Britain, with new customs arrangements causing trade between the two countries to nosedive. 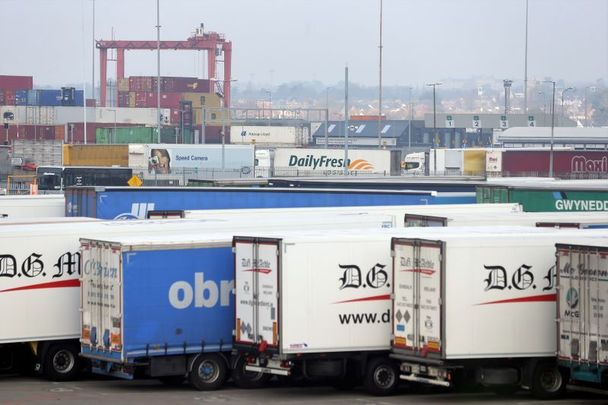 Imports of goods from Britain fell by 65 percent in January compared to the same period last year, according to newly released figures.

According to Ireland's Central Statistics Office, imports from Britain dropped to $593 million from $1.675 billion and accounted for nine percent of total imports.

At the same time, exports to Britain were also significantly down, falling by 14 percent to $1.129 billion.

The well-chronicled challenges of complying with customs requirements, including added paperwork and lengthy delays at ports, have been pinpointed as a major factor affecting the drop in trade.

RTÉ also notes that other reasons for the fall-off in trade include the "stockpiling of goods in the fourth quarter of 2020 in preparation for Brexit, substitution with goods from other countries, and a reduction in trade volumes due to the impact of Covid-19 related restrictions during the month."

Further analysis of the data reveals a 75 percent drop in imports of food and live animals over the same period, along with a 71 percent decrease in imports of mineral fuels.  Imports of chemicals and of machinery and transport equipment also both fell by more than half.

Meanwhile, Minister for Foreign Affairs Simon Coveney has called on the U.K. to deliver "a clear roadmap" setting out how it will implement the Northern Ireland Protocol.

He told RTÉ News, "I think certainly the EU wants to get a process underway again so that both sides are talking to each other.

"There has been some back and forth this week between the two sides so far, which is good, but I think from an EU perspective, what really they're asking for now is clarity around a roadmap, to deliver what has been committed to by the British side."