A review of the true-crime book Northern Heist by Richard O'Rawe. 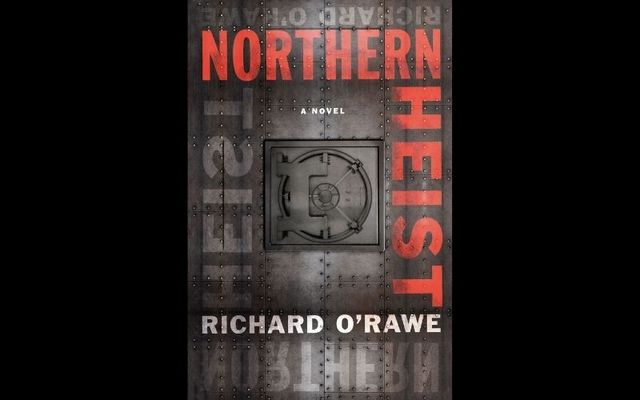 Bank heist capers feel a lot more authentic when they are written by people who have actually robbed one.

Step forward author Richard 'Ricky' O'Rawe. In 1977 O’Rawe, then a young recruit for the IRA was arrested for the armed robbery of the Northern Bank in Mallusk, County Antrim.

For his trouble he was sentenced to eight years in Long Kesh, serving six. There, his talent with words led him to be appointed public relations officer for the Republican prisoners during the 1981 hunger strike era in H-block, during which ten IRA and INLA members died.

A native of West Belfast, O’Rawe knows the world (and underworld) of the city like the back of his own hand and in Northern Heist he has put together a truly cinematic tale of what happens when greed and ambition overrule your good sense.

His hero, if that's the right word, is James 'Ructions' O'Hare, a former IRA member who wants to orchestrate an ambitious bank robbery without his former organization getting their usual fifty percent cut.

But it's easier said than done in a city where his every move is under strict scrutiny and were his skill and a failsafe plan are the only way to get off scot-free. Belfast natives have an ability with the spoken word that is the envy of many, but often a life experience that may give many pause. So it is with this gritty book that delves into some surprisingly dark places as it sets up a fairly straightforward (at least at first) kidnapping and robbery tale.

What it also has is laugh-out-loud humor, unexpected plot twists, and a good deal of heart, though you often have to get past all the threatening macho swagger to see it. O'Rawe's confidently told tale seems destined for the big screen and the attention this debut book is getting already confirms it.