IrishCentral’s Book of the Month: “A Star Called Henry” by Roddy Doyle 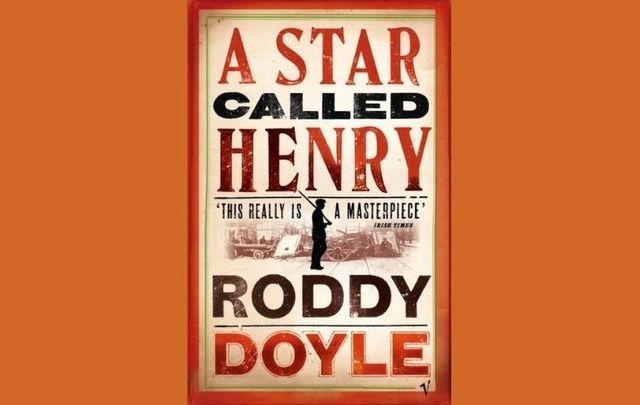 "A Star Called Henry” by Roddy Doyle is the April selection for IrishCentral’s Book Club.

Throughout April, we’ll be reading “A Star Called Henry,” first published in 1999 by award-winning Irish author Roddy Doyle. The Irish novel was included in the New York Times' Editors' Choice: The Best Books of 1999.

Synopsis of “A Star Called Henry” by Roddy Doyle

Born in the Dublin slums of 1901, his father a one-legged whorehouse bouncer and settler of scores, Henry Smart has to grow up fast. By the time he can walk he's out robbing and begging, often cold and always hungry, but a prince of the streets.

By Easter Monday, 1916, he's fourteen years old and already six-foot-two, a soldier in the Irish Citizen Army. A year later he's ready to die for Ireland again, a rebel, a Fenian, and a killer.

With his father's wooden leg as his weapon, Henry becomes a Republican legend - one of Michael Collins' boys, a cop killer, an assassin on a stolen bike.

In 2016, a new edition to commemorate the centenary of the 1916 Easter Rising was released featuring an introduction by Roy Foster.

Reviews for “A Star Called Henry” by Roddy Doyle

"This is really a masterpiece" - The Irish Times

"This is Ireland's most famous living writer tackling one of the most crucial periods in its history... A Star Called Henry has all the hallmarks of the start of a major literary portrayal of a national experience" - The Guardian

"A vibrant work of fiction - In Doyle's ambidextrous hands, the making of modern Ireland gets a vigorous and illuminating run-down" - Independent

"Doyle just gets better and better... This is history evoked on an intimate, and yet earth-shaking scale, with a driving narrative that never falters. Maybe the Great American Novel remains to be written, but on the evidence of its first installment - this is the epic Irish one, created at a high pitch of eloquence" - Publisher's Weekly

"The energy and full-blooded dialogue of Doyle's creations are as much in evidence here as in the best of his previous work- A Star Called Henry is billed as Volume One of The Last Roundup. It is an exhilarating beginning" - Daily Telegraph

Roddy Doyle was born in Dublin in 1958. He is the author of eleven acclaimed novels including "The Commitments," "The Snapper," "The Van," and "Smile," two collections of short stories, and "Rory & Ita," a memoir about his parents. He won the Booker Prize in 1993 for "Paddy Clarke Ha Ha Ha."