IrishCentral’s Book of the Month: “Nora” by Nuala O’Connor 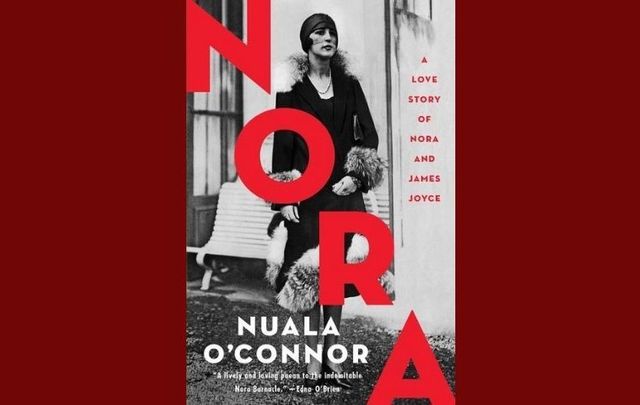 “Nora” by Nuala O’Connor is the February selection for IrishCentral’s Book Club.

"Nora" is published by Harper Collins, who has shared this helpful Reading Guide.

Synopsis of “Nora” by Nuala O’Connor

Dublin, 1904. Nora Barnacle is a twenty-year-old from Galway who left school at twelve and became a chambermaid. On June 16th, Bloomsday, Nora meets James Joyce, a brilliant dreamer who changes her life forever. Full of passion and lust, the two leave Ireland for Europe, to chase James’ hopes of becoming a writer. Although James refuses to marry, much to Nora’s dismay, their union turns into a lifelong love.

Through their years together, James and Nora surround themselves with a buoyant group of friends that grows to include Samuel Beckett, Peggy Guggenheim, and Sylvia Beach. Nora follows James throughout Europe as he doggedly pursues publication and literary notoriety. But their life is not without challenges. As the years unfold, Nora is torn between her intense desire for James and the constant strain of living in poverty. A selfish drunk, James spends their money on nights out and a string of bad choices force them to move repeatedly.

Nora wants nothing more than to see James attain the literary success he desires, but tragedy, poverty, and the constant fear of what tomorrow will bring follows the family to various homes in multiple countries. But their life is held together by Nora’s unwavering support of James and there’s no doubt that Nora Barnacle is the reason that James Joyce became one of the greatest writers to ever live.

Reviews for "Nora" by Nuala O'Connor

“[A] poignant, comprehensive portrait of Nora Barnacle as a young woman, mother, and literary inspiration for the Molly Bloom character in Ulysses. . . . Narrated in Nora’s robust voice and carried by details saturated in filth  . . . . O’Connor’s admirable accomplishment adds to the abundant Joyceana with a moving examination of an unforgettable family.” - Publishers Weekly.

“This is a woman’s story of craving female friendship, tending children, and supporting a wayward wanderer while always loving—and being loved by—him.” - Kirkus Reviews.

"A lively and loving paean to the indomitable Nora Barnacle." - Edna O'Brien.

"An exceptional novel by one of the most brilliant contemporary Irish writers, this is a story of love in all its many seasons, from ardent sexuality to companionable tenderness, through strength, challenge, and courage. Nuala O'Connor has brought to vivid life a woman about whom every literature lover has surely wondered and has done so with immense skill and daring." - Joseph O'Connor, author of Star of the Sea and Shadowplay.

Nuala O'Connor was born in Dublin, Ireland in 1970. A graduate of Trinity College Dublin, she is a full-time writer and lives in County Galway with her husband and three children. Nuala has won many prizes for her fiction including the Short Story Prize in the UK and Ireland's Francis MacManus Award. Nuala is the editor at flash e-zine Splonk. You can learn more about Nuala on her website and follow her on Twitter.

"Nora" is available from Harper Collins Publishers in paperback, ebook, and audio formats, as well as from other sellers.