“The Tunnel” is a 35-minute film about the “creation and re-creation” of the Blue Ridge Railroad Tunnel, which was dug by Irish immigrants escaping the Famine. 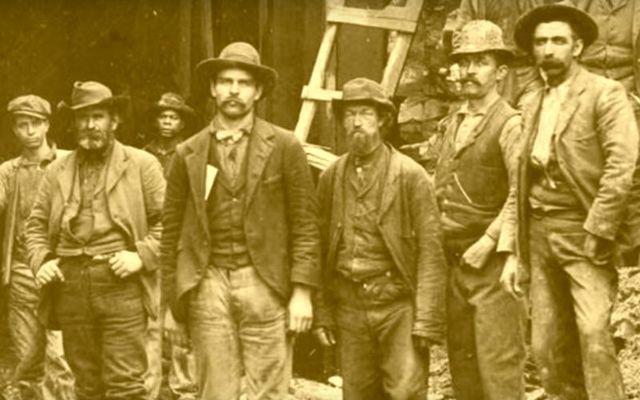 "The Tunnel," a 35-minute documentary about the Irish immigrants who helped build the Blue Ridge Railroad Tunnel, is streaming for free on YouTube. YouTube/American Focus Films

A new documentary about the Irish Famine immigrants who dug the Blue Ridge Railroad Tunnel in the 1850s is streaming for free on YouTube.

“The Tunnel” is a 35-minute documentary film about the “creation and re-creation” of the Blue Ridge Railroad Tunnel, which is  located at Rockfish Gap, 25 miles west of Charlottesville, Virginia.

The tunnel, which was built by Irish immigrants, was completed in 1858. Nearly a mile long, it was the longest railroad tunnel in North America. The tunnel closed in 1944, but the historic site was reopened in November 2020 and has since attracted over 30,000 visitors.

The film was directed by Academy Award-winning filmmaker Paul Wagner and produced by Ellen Casey Wagner for American Focus, a non-profit organization in Charlottesville, Virginia that produces films about American history and culture.

They are the same team behind "Out of Ireland - the Story of Irish Emigration to America," a feature-length film featuring Liam Neeson  and Gabriel Byrne that premiered at Sundance in 1995, and "Absolutely Irish," a concert documentary of trad Irish music made in 2008.

"The Tunnel" interweaves two stories: how the tunnel was first built by the Irish between 1850 and 1858, and how it was restored between 2002 and 2021. At the center of the documentary are the Irish immigrants who fled the Great Famine in Ireland to seek work in America. The work in the tunnel was dangerous and many Irish men and boys were maimed or killed due to cave-ins and explosions.

Funding for the film was provided by the Claudius Crozet Blue Ridge Tunnel Foundation, Virginia Humanities, and the Virginia Tourism Corporation.

You can view the entire film for free on YouTube here.