Guinness is known the world over for their innovative and often charitable advertising - here are the beloved Irish brand's top five St. Patrick's Day campaigns! 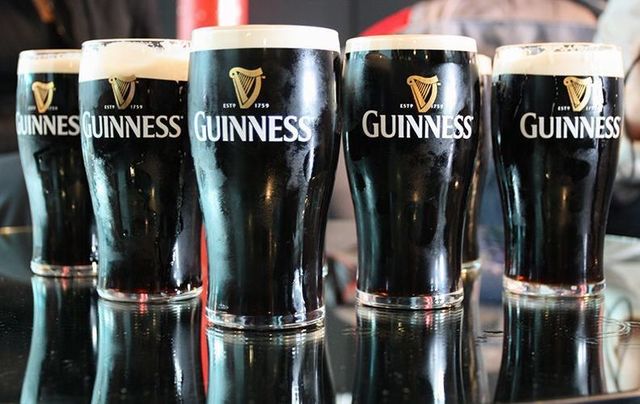 Raise a toast to these iconic St. Patrick’s Day campaigns from Guinness.

As we get all get ready to march on or around March 17, and maybe raise a pint or two, print and design experts Solopress have analyzed the top five St. Patrick’s Day campaigns from Guinness.

The timely, comforting #AToastTo campaign deployed in the USA, celebrated the hard work of all front-line workers and attempted to raise spirits during the pandemic. The campaign incorporated a poignant TV commercial, live bagpipes concerts, limited-edition merchandise, and social media activation encouraging audiences to focus on the silver lining and share what they were toasting to using the #AToastTo hashtag.

The stout brand didn’t stop there, however, donating $600,000 to COVID-19 relief efforts fighting food scarcity, further exemplifying the authenticity and heart behind everything that Guinness does.

A common theme among Guinness’ strategic campaigns is the notion of uniting as a community and supporting one another on St Patrick’s Day.

Another heartfelt campaign tied to charitable giving is the American #StacheForCharity campaign. The multichannel strategy sought to bring communities together in raising funds for the Guinness Gives Back Fund, which supports US nonprofit organisations such as veteran-led Team Rubicon. Guinness called for user-generated content in the form of images of their supporters with a Guinness foam moustache using the hashtag #StacheForCharity, with the incentive of the brand donating $1 for every post.

Once again, shining the spotlight on significant cultural events that make communities feel seen with their 2020 Guinness x Carhartt collaboration, Guinness hit the mark with their advertisement ‘The River’.

Guinness and American apparel company Carhartt joined forces to pay tribute to the plumbers from the Chicago Journeymen Plumbers Local Union 130 that dye the Chicago River green for St. Patrick’s Day each year and have done so since 1962. With powerful storytelling backed by a rich heritage of St Patrick’s Day traditions, Guinness honour hard-working, resilient men and women within the community and seek to inspire optimism during challenging times. The two brands also launched a collaborative clothing line including co-branded t-shirts, hoodies and hats featuring the “Work for the Better”, which successfully raised money for the Chicago Journeymen Plumbers Local Union 130.

Opting for a comedic approach in 2020, Guinness US enlisted "Parks and Recreation" actor Nick Offerman, who would participate in an Instagram takeover, counting down to the long-awaited 17th March. Offerman, who claims St. Patrick's Day is his favourite of the year, was set to deliver an entertaining stream of trivia, food pairings, and tips including “how to pour a pint of Guinness”.

With witty video content taking centre stage in this campaign, Guinness was able to show a more tongue-in-cheek side in 2020, providing their audiences with cheeky snippet videos that created further hype around the annual St Paddy’s celebration. With the world affected by the impact of Coronavirus including venue closures, the Guinness x Nick Offerman campaign served as a tonic from the stress and uncertainty of the pandemic. In this instance, Guinness recognised the needs of their audience and ensured they felt supported with warm, positive messaging.

Encouraging audiences to join “Largest St Patrick’s Day Party So Far” via website sign-ups, Guinness launched a compelling Facebook campaign in hopes of breaking the world record in the Guinness Book of Records for largest numbers for a party. The strategy incorporated an interactive infographic that logged every “attendee’s” sign-up in real-time and compared the top five countries by the number of attendees.

Cheers to Solopress for sharing this festive Guinness information with us ahead of St. Patrick's Day! You can learn more about Solopress online here.