Danisha Allen was welcomed as the millionth visitor to Baltimore's Guinness Open Gate Brewery and to celebrate she helped debut the return of their fruity Apricot Pale Ale. 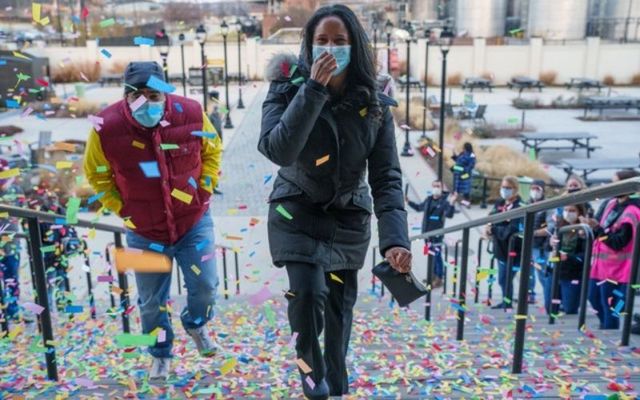 Baltimore's Guinness Open Gate Brewery recently gave a 'céad míle fáilte' to their millionth visitor, and to mark the huge achievement they debuted the return of their iconic Apricot Pale Ale.

When Danisha Allen queued up for entry into Baltimore's Guinness Open Gate Brewery on Thursday, January 27, little did she expect to be welcomed in as the brewery's millionth visitor but that's exactly what happened for the Maryland native.

The moment was celebrated in a big way with colorful confetti and streamers being set off overhead as Danisha made her way up the steps towards the entrance of the brewery, as onlookers and the team cheered.

Upon walking through the doors, Danisha helped debut the return of Guinness Open Gate Brewery's Apricot Pale Ale, which, for the first time, will be packaged in cans with the brewery on the label. 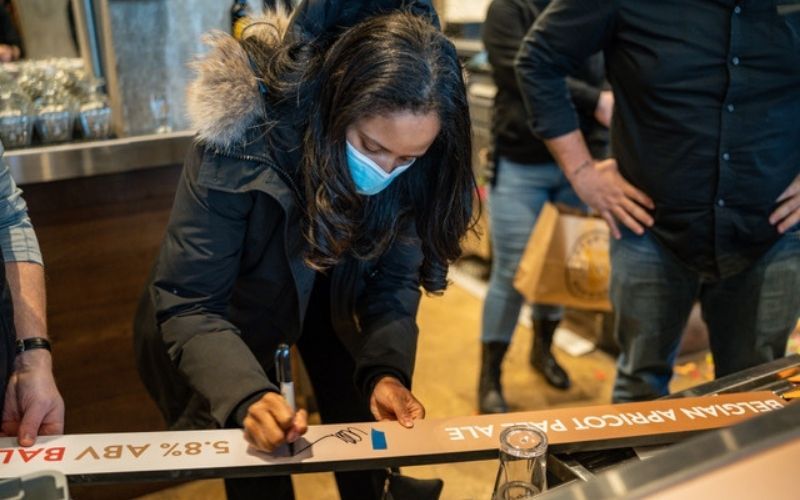 The lighter Belgian-style ale was the first product to sell out when the brewery first opened in 2018 and since then the advantageous sip has never been rebrewed. Now, to commemorate the success of one million visitors, the brewery has decided to bring back the one-off craft beer.

"We’ve achieved more than we could have even imagined at this stage, outpacing visitor goals even in a pandemic, says National Ambassador Ryan Wagner.

“As ‘the home of Guinness in America,’ we’ve brewed over 400+ innovative beers proving that Guinness is much more than its iconic Draught Stout. The credit goes to our amazing community, brewery and operations team. We were so thrilled to celebrate this momentous milestone, toasting to 1 million visitors and making a positive impact along the way.” says Wagner. 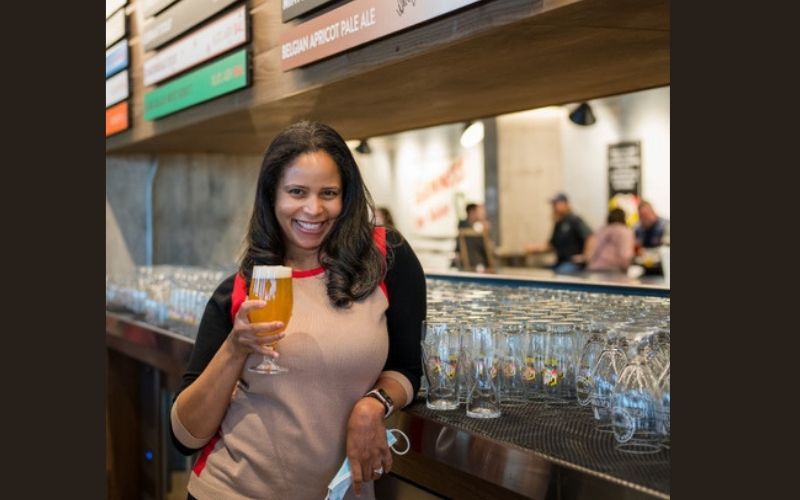 Danisha Allen enjoying the return of the Apricot Pale Ale

Baltimore's Guinness Open Gate Brewery opened in 2018 and has gone from strength to strength. The brewery combines over 260 years of Irish brewing experience with American beer creativity and is the first Guinness brewery on US soil since 1954.

It is now home to Guinness Blonde, along with new Guinness beers created for the U.S. market and experimental brews you can only try at the brewery.

The Guinness team are not only passionate about great beer but also about supporting the community of Baltimore city and nearby neighborhoods. They have previously partnered with initiatives like Maryland Food Bank and Black Women Build Baltimore (BWB), a construction group that teaches members skills including carpentry and plumbing to restore abandoned homes. 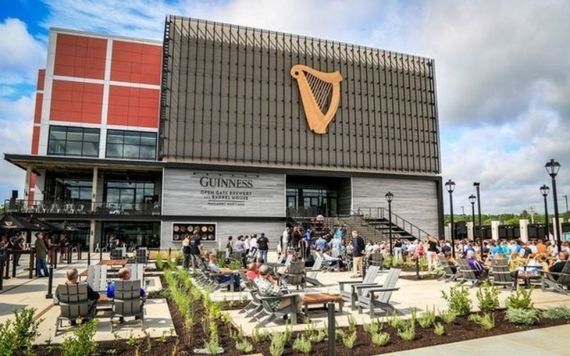