Irish talent landed more than a dozen Oscar nominations for 2023 in categories spanning from acting, to writing, to editing. 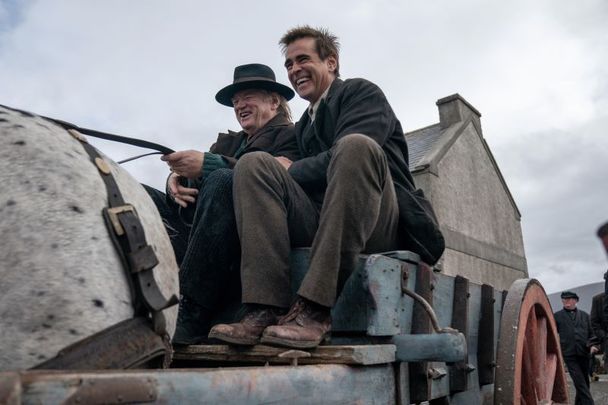 Colin Farrell and Brendan Gleeson in the Oscar-nominated "The Banshees of Inisherin." Courtesy of Searchlight Pictures. © 2022 20th Century Studios All Rights Reserved

Irish film talent had its best day ever for Oscar nominations today, January 24, scooping more than a dozen nods across major categories.

Farrell, Gleeson, Keoghan, and Condon are all likely celebrating what are their first-ever acting Oscar nominations.

With its nine nominations, "The Banshees of Inisherin" has eclipsed both "Belfast" and "In the Name of the Father" for the most Oscar-nominated Irish movie ever.

While "Banshees" broke Irish records at the 2023 Oscar nominations, there were huge wins for other Irish film talent as well.

"The Quiet Girl" ("An Cailín Ciúin") made history by becoming the first-ever Irish language film to receive an Oscar nomination. It is up against four other films in the International Feature Film category.

Lá dár saol! Tá #AnCailínCiúin ag dul go dtí na hOscars!! We can barely believe it…#TheQuietGirl is going to the Oscars! 🇮🇪 To be nominated by @TheAcademy in the international feature film category is a truly historic moment for Irish film and the Irish language #TírnanÓg 💚 pic.twitter.com/Bbbg4uulJ8

Co Kildare native Paul Mescal, regarded in the lead-up to the nominations as an 'outsider,' landed his first-ever Oscar nomination in the Best Actor category for his role in "Aftersun." He's up against fellow countryman Farrell in the category.

While Co Kerry actress Jessie Buckley missed out on an acting nomination, her film "Women Talking" was nominated in the Best Picture category, where it's up against "The Banshees of Inisherin" and eight other films, as well as in the Adapted Screenplay category.

Active members of the Academy are eligible to vote for the winners in all 23 categories from Thursday, March 2, through Tuesday, March 7.

The 95th Oscars will be held on Sunday, March 12, 2023, at the Dolby® Theatre at Ovation Hollywood and will be televised live on ABC and in more than 200 territories worldwide.