Colin Farrell on his legacy, Irish humor, and "The Banshees of Inisherin"

Colin Farrell opened up about what he believes his legacy is, how the Irish actually use humor, and his thoughts on "The Banshees of Inisherin." 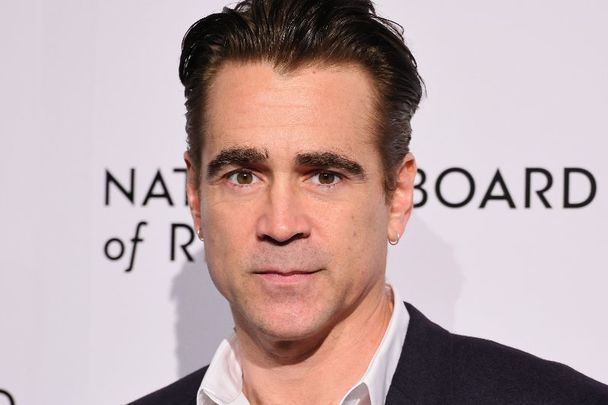 Colin Farrell, who is getting serious Oscar buzz for his role in "The Banshees of Inisherin", believes that his two sons are his true legacy, describing them as a "gift" in his life.

Farrell was asked about his views on his acting legacy during a recent interview with Vanity Fair alongside English actress Emma Thompson. The Irish actor said he was "tickled" by the fact his film "The New World" was being added to the Criterion Collection, which preserves important classics and contemporary films.

"That tickled me. Because it kind of said, "Oh, it's going to stay around a little bit." Or it's going to be in a f*cking dark library in New York that actors are going to go and do a 15-minute segment on YouTube where they pick their five favorite films. Whatever. I was tickled by it," Farrell told Vanity Fair.

However, the Irish actor said his true legacy lies with his two sons, James, 19, and Henry, 13.

"But I truly don't consider myself a legacy. My legacy is quite clearly the two sons that I've been raising, one for 19 years and another for 13 years, and the gift that they are in my life. Truly. Excuse the quaintness of that," Farrell said.

He said he also considers the films "Saving Mr. Banks" and the more recent "The Banshees of Inisherin" to be part of his acting legacy.

"I've spoken to a couple of people about Banshees or they've spoken to me about how they felt less alone watching the film. So those things are nice. It's not about legacy. You don't go to work, I certainly don't go to work every time, to affect the world. I go to make a living."

Speaking about his role in the critically-acclaimed "The Banshees of Inisherin", Farrell said his character is someone who is a "good person" who is "just experiencing the joy of the moment every single day ".

However, by the end of the film, "it's gone", the actor said.

Farrell also spoke about Irish humor during the recent interview, stating that Irish people have often been accused of "using humor to deflect".