Tourism Ireland has created a behind-the-scenes featurette using footage shot during filming for "The Banshees of Inisherin", which includes interviews with Martin McDonagh, as well as actors Colin Farrell and Brendan Gleeson. 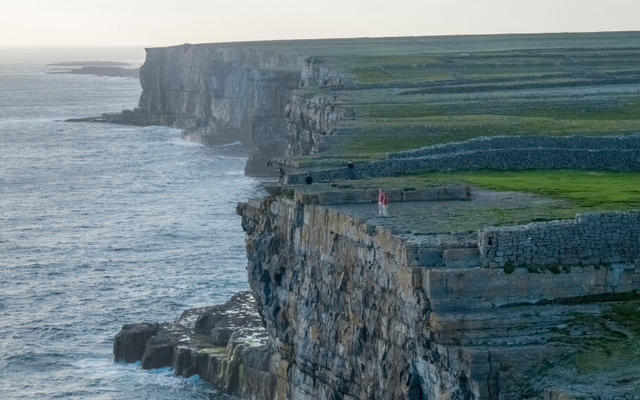 The stunning landscapes of Ireland’s west coast will be showcased in "The Banshees of Inisherin", which is set to go on release in Ireland, Britain and the United States today, 21 October.

Tourism Ireland – in conjunction with Searchlight Pictures – has created a short, behind-the-scenes featurette using footage shot during filming for "The Banshees of Inisherin".

WATCH: Behind-the-scenes: The Banshees of Inisherin

In the behind-the-scenes featurette, Martin McDonagh says: “What we wanted to capture in the film was the beauty of Ireland and the cinema of it. We just wanted to make one of the most beautiful Irish films we could possibly make.”

Niall Gibbons, Chief Executive of Tourism Ireland, said: “We are extremely grateful to Searchlight Pictures for their generosity in agreeing to make this behind-the-scenes look with us. It allows us to keep the beauty of the West of Ireland to the fore and to showcase our authentic home-grown talent.

"We were delighted to see the huge success that The Banshees of Inisherin enjoyed at the Venice Film Festival last month. Tourism Ireland is capitalizing on this positive exposure for Ireland, bringing the beautiful scenery of the Wild Atlantic Way to the attention of people in some of our main markets and inspiring them to visit.”

"The Banshees of Inisherin".

A stunned Padraic, aided by his sister Siobhan (Kerry Condon) and troubled young islander Dominic (Barry Keoghan), endeavours to repair the relationship, refusing to take no for an answer. But Padraic's repeated efforts only strengthen his former friend’s resolve and when Colm delivers a desperate ultimatum, events swiftly escalate, with shocking consequences.